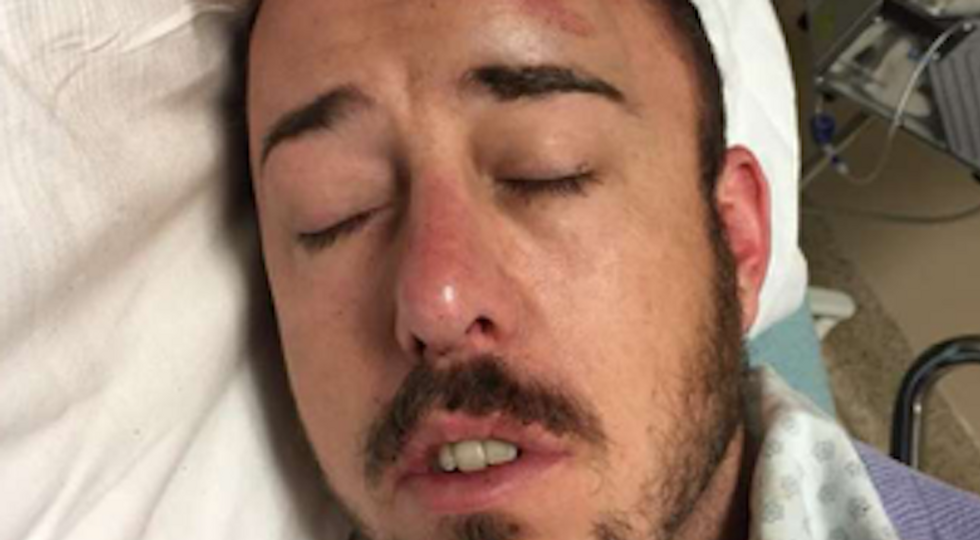 A Texas father was accosted by three men after leaving a gay bar. The men reportedly beat him with rocks, a belt and their boots, the Houston Chronicle reports.

Christopher Bradford believes he was targeted because he was gay. But one of the attackers claimed he mistook him for a different man who had flashed his girlfriend.

"The guy who they caught and arrested is saying that somebody exposed themselves to his girlfriend, and I was the first person he saw so he decided to attack me," Bradford told Chron.com.

"You're not going to convince me that it wasn't a hate crime, because it is Montrose," he said of the historically gay neighborhood. "What else would you be doing in that community where all of a sudden you decide to beat the hell out of someone?"