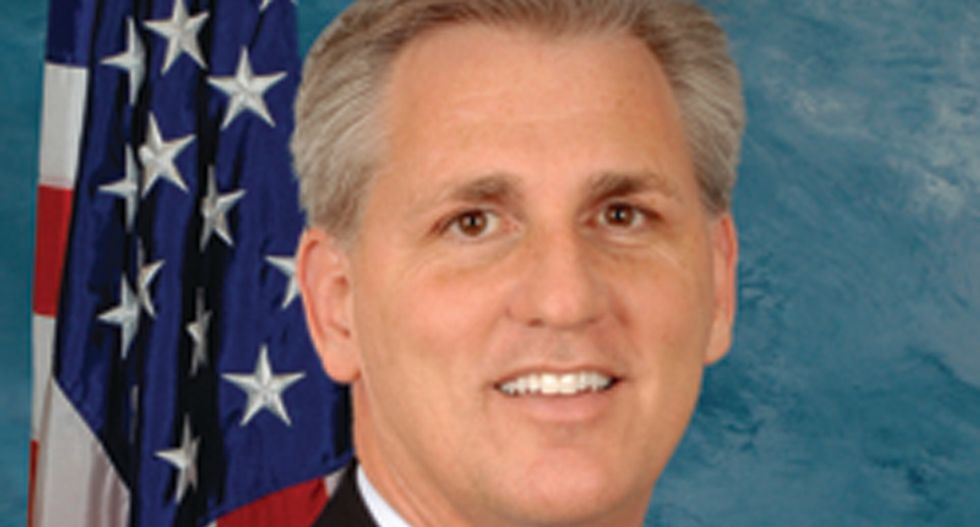 House majority leader Kevin McCarthy (R-CA) embarrassed himself with a complaint about Twitter "censorship" that was actually a function of his own account settings.

McCarthy was unable to see a "sensitive" tweet by Fox News host Laura Ingraham and took to Twitter to post a screenshot and threaten chairman Jack Dorsey with hearings over "censorship."

"Another day, another example of conservatives being censored on social media. @jack easy fix: explain to Congress what is going on."

McCarthy may not need Jack Dorsey to come to congress and personally fix his phone, as other users were happy to explain that McCarthy's issue was his own bungled account settings. With two clicks he could solve his "censorship" problem.