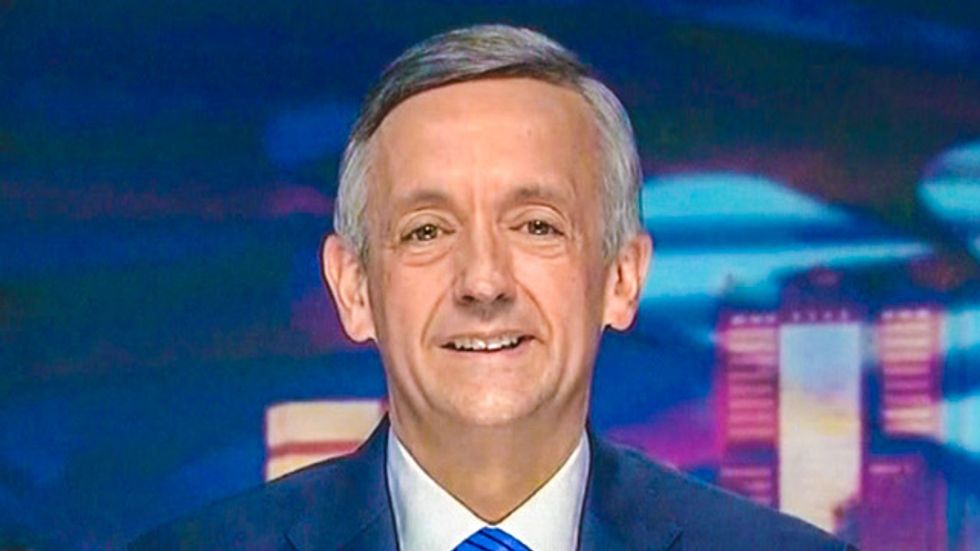 Megachurch Pastor Robert Jeffress, a Fox News contributor, got a Bible lesson from the Internet over the weekend after he lashed out at Pope Francis for opposing the death penalty.

In a declaration last week, the Vatican said that "the death penalty is inadmissible because it is an attack on the inviolability and dignity of the person."

On Sunday, Jeffress complained about the Catholic Church's stance.

"Pope Francis is dead wrong about capital punishment," he wrote on Twitter. "God has commanded government to use the death penalty to demonstrate the seriousness of murder."

Jeffress went on to quote the book of Genesis: “Whoever sheds man’s blood, By man his blood shall be shed, For in the image of God He made man."

The Baptist pastor was quickly slammed by commenters who pointed out that Jesus rejected retribution as a form of justice.

“You have heard that it was said, ‘Eye for eye, and tooth for tooth,’" Christ told his followers in book of Matthew. "But I tell you, do not resist an evil person. If anyone slaps you on the right cheek, turn to them the other cheek also.”

Read some of the replies to Jeffress below.

@robertjeffress You forget that Christ came to fulfill the old law and bring about a new law. Love thy neighbor. Ve… https://t.co/k6D6Cux6Ld
— Brian Timberlake (@Brian Timberlake) 1533505974.0