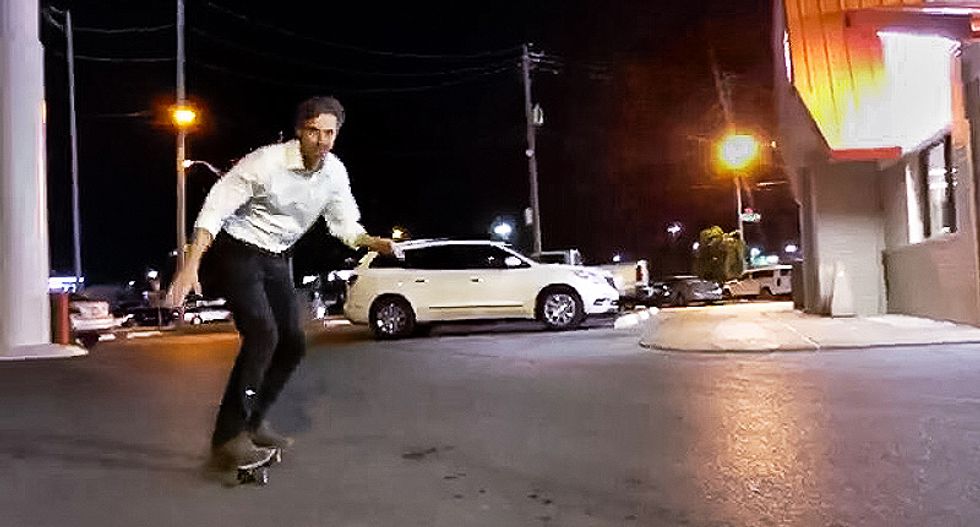 Texas Democratic Senate candidate Beto O'Rourke posted a video on Facebook talking to supporters. One thing was a bit different than typical political candidates, however. The challenger of Sen. Ted Cruz (R-TX) did it after skateboarding through the parking lot.

The Generation X candidate explained that a friend of the campaign gave them a gift card to Whataburger for when they're on the road. As he walked inside on Saturday night, O'Rourke shook a few hands, and some began chanting his name.

O'Rourke then sat down to speak with supporters on camera about their efforts to help the campaign. One volunteer explained that they've been traveling through two bus breakdowns and one bottle of tequila for 32 people.

As of the last week, O'Rourke was down about two to six points against Cruz in the polls. Political scientists predict that the enthusiasm for O'Rourke's candidacy has the chance to change Texas politics for years to come.