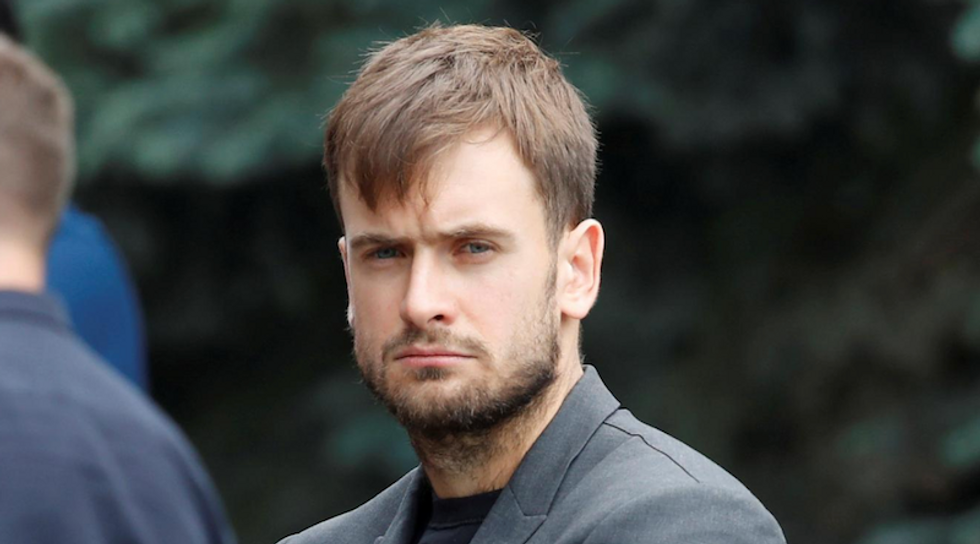 Members of the Pussy Riot protest band with whom Verzilov collaborated have suggested he may have been poisoned.

Bild said the activist would be transferred to an unnamed Berlin clinic for treatment, and quoted family members as saying he had lost his sight, his ability to speak and his ability to walk.

“I believe that he was poisoned intentionally, and that it was an attempt to intimidate him or kill him,” his wife Nadeschda Verzilov, who was waiting for her husband at Berlin’s Schoenefeld airport, told the newspaper.

Verzilov, 30, staged a brief pitch invasion during the soccer World Cup final in Moscow in July along with three women affiliated with the anti-Kremlin punk band. He is the publisher of Mediazona, a Russian online news outlet which focuses on human rights violations inside Russia’s penal system.

Pussy Riot came to prominence in 2012 when its members were jailed for staging a protest against Putin in a Russian Orthodox cathedral in Moscow. The group has since become a symbol of anti-Kremlin protest action.