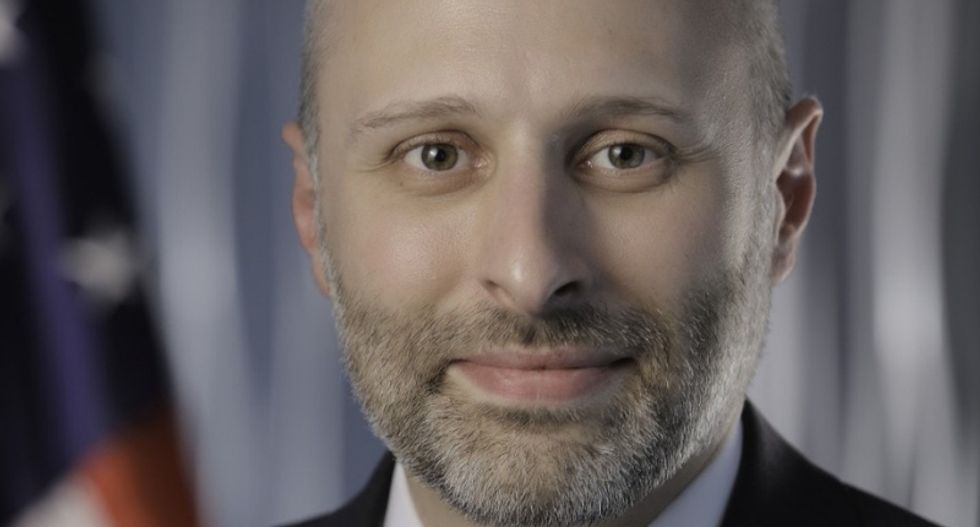 A Trump-appointed official who enforces anti-discrimination laws once used the N-word in a blog post -- and questioned whether the use of the word was "racist."

"Fine....let's say they called him n*gger," Blankenstein wrote in the typed-out discussion about hate crimes at the University of Virginia. "Would that make them racists, or just a*sholes looking for the most convenient way to get under his skin?"

In the same post, the CFPB official wrote that "hate-crime hoaxes are about three times as prevalent as actual hate crimes."

After the Post confirmed Blankenstein was using the pseudonym "egb3r" using biographical information including references to his age and the date of his marriage, the official confirmed that he wrote the posts containing the slur -- but denied that it had anything to do with his work.

"The insight to be gained about how I perform my job today - by reading snippets of 14-year-old blog posts that have nothing to do with consumer protection law — is exactly zero,” Blankenstein said in a statement.

"Any attempt to do so is a naked exercise in bad faith, and represents another nail in the coffin of civil discourse and the ability to reasonably disagree over questions of law and policy,” he continued. “The need to dig up statements I wrote as a 25-year-old shows that in the eyes of my critics I am not guilty of a legal infraction or neglect of my duties, but rather just governing while conservative.”

The Post noted that Blankenstein joined the Obama-created CFPB in December and is tasked with enforcing anti-discrimination laws that include the Equal Credit Opportunity Act, a law protecting African-Americans from predatory lending practices.

According to government records reviewed by the Post, the official makes over $295,000 -- one of the highest salaries in federal government.

Makada Henrie-Nickie, a former CFPB analyst in its fair lending office, told the Post that the comments from someone tasked with enforcing such policies is upsetting.

"It sends chills up my spine to hear that kind of thinking," the analyst, who left the bureau in August, said.