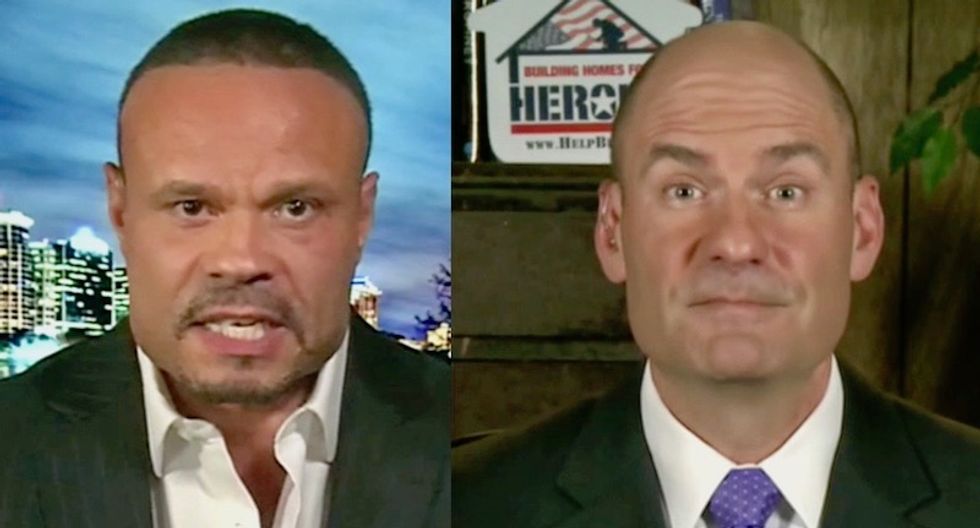 NRA.TV host Dan Bongino and progressive commentator Chris Hahn faced off as they typically do, but with Bongino becoming irate when Hahn ticked off a few of the lies Kavanaugh told under oath during Thursday's hearing.

"Chris, listen man, generally you're a pretty good guy but I'm being serious with you, this is disgusting," Bongino said.

"On a national TV show, you are impugning his character of a good man," Bongino said.

"You should tweet out an apology to everyone watching tonight for this disgraceful performance," Bongino said. You have disgraced yourself doing this... you should be embarrassed and you should apologize right now."

Hahn then brought up all the little lies Kavanaugh told, such as saying "Ralph Club" was a reference to throwing up from eating spicy food.

"Come on, Dan, you know better than that," Hahn said.