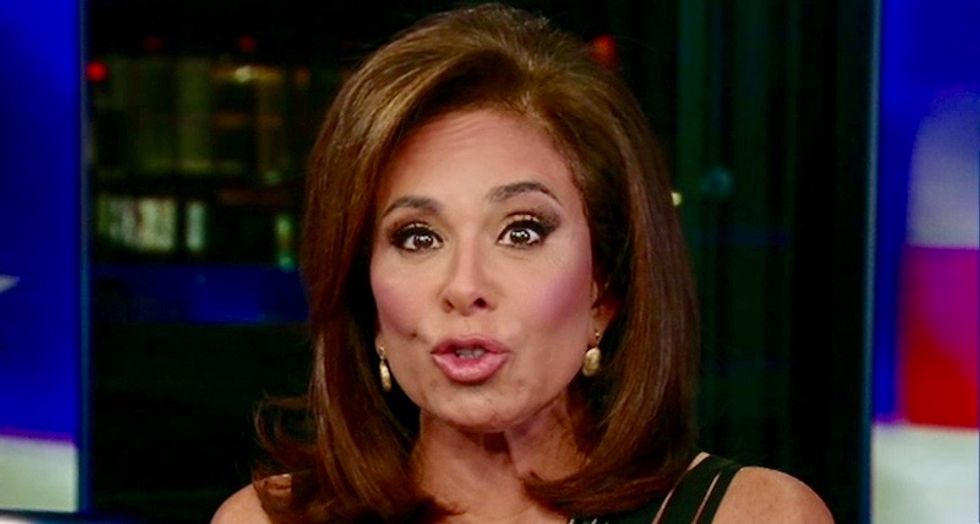 Fox News host Jeanine Pirro delivered a rant about the "crucifixion" of Supreme Court nominee Brett Kavanaugh, a man she said was above reproach.

Pirro said that she believed Dr. Christine Blasey Ford was "a lovely lady who is credible" and went through "something," but that she didn't believe Kavanaugh was her assailant.

"Poor Dr. Ford, she doesn't know she was nothing more than a puppet on the string of Democratic politics," Pirro said.

Pirro misrepresented the statements of the people Blasey Ford named as having been at the party before Kavanaugh attacked her. (The potential witnesses say they don't recall the party, but none has said it didn't happen or sounded like something that would not have happened.)

"If Ford said no one was there, that it was just she and Kavanaugh or it was just he and she alone in a parking lot then it's a true he said-she said,"Pirro said. "But once she chose to say there were four people there it was a 'they said.' Yet all four of they said nothing happened. They weren't there. They don't know what she's talking about."

On the other side, Kavanaugh was "literally an altar boy," Pirro said.