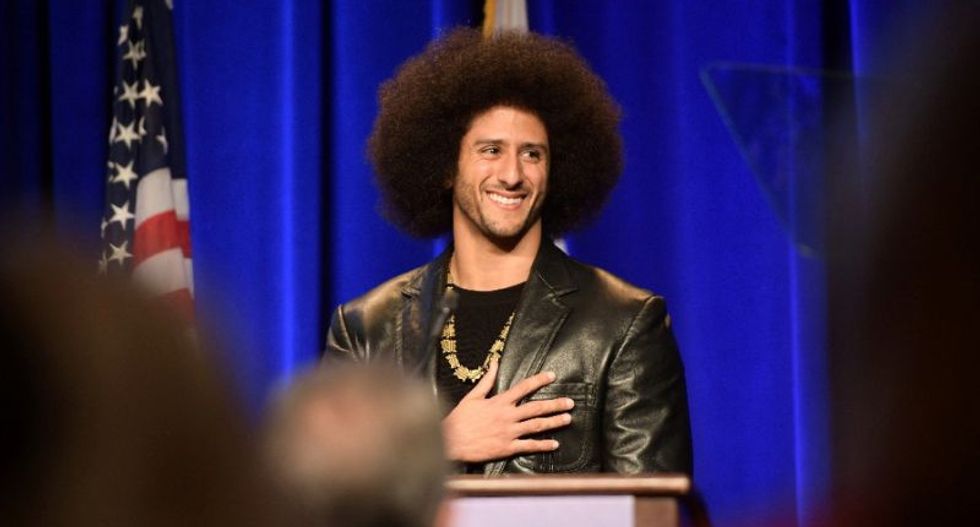 Football season has arrived again. And returning too are the protests by players which have caused such debate since Colin Kaepernick first chose to kneel rather than stand for the national anthem in 2016. Despite the threats and criticism that have been thrown their way, players continue to protest injustice by remaining in the tunnel, sitting, kneeling, or raising a fist during the playing of the national anthem. And as the protests continue, no doubt too will the criticism. So it might be worth considering one perspective on a similar issue with which American evangelicals were involved in the middle of the 20th Century.

In the 1940s and 1950s, evangelicals were important participants in the push for international religious liberty. American evangelicals, through the National Association of Evangelicals(NAE) and their missionary service organisation, the Evangelical Foreign Missions Association (EFMA), worked hard to protect and defend the religious rights of minorities around the world. Yes, their interest was mostly focused on Protestants in non-Protestant countries, often sparked by the difficulties faced by their missionaries, and certainly they could be less supportive of religious rights when it came to those of other faiths, but the language in which they protested in the mid-20th Century was broad enough to encompass the bigger right to religious liberty for all.

And although not well documented, the NAE were active in seeking to pressure the United States to take action. They advised partner missionary boards on actions to take and actions to avoid, organized letter-writing campaigns, and used publicity both among their own constituents and nationally to raise the profile of conflicts in other parts of the world and to put pressure on the US and other governments. Perhaps most importantly they met frequently with government officials, from the State Department, from American embassies, and on occasion with foreign officials too, to express their concern and displeasure about the treatment of Protestant minorities. Among their focus in this period were the closing of churches in Italy belonging to the Assemblies of God and the Church of Christ, the imprisonment of and physical violence toward Protestant ministers in Colombia and, later, changes to the Colombian Constitution that they believed narrowed the rights of religious minorities. In Spain they protested the limited civil rights available to those of the Protestant faith.

How does any of this relate to the current protests?

In 1954, two Spanish evangelical soldiers were court martialled and sentenced to two years in prison for refusing to kneel during a religious service. The Mass took place as part of the swearing in ceremony (Jura de la Bandera) for new military recruits; by standing and refusing to kneel during the religious part of the ceremony, the military recruits defied, based on their religious principles, a military order to participate. The following year the nation’s highest military court upheld the sentences. In 1957, the NAE protested to the Spanish Ambassador, Count JoséMaria Areilza, about similar treatment accorded to another military recruit. “His action did not involve disrespect, but was rather a matter of conscience,” asserted Clyde Taylor, the NAE’s Secretary of Public Affairs. He continued: “To Protestants in America the type of action described above is interpreted as a total denial of freedom of conscience and the freedom to worship God according to the dictates of conscience.”

There are differences, of course. These individuals refused to kneel; today players who protest often kneel rather than stand. In Spain, the soldiers refused on religious grounds; today the protest is about secular issues, although may well be motivated by the faith of some individuals. But the sentiment is the same: individuals refused to take part in a ritual activity because their conscience dictated that they could not. And the rights of conscience were clearly defended alongside the right to religious freedom by the NAE and its allies. “Religious and political freedom are organically connected, and in Spain both are being destroyed” asserted Glenn Archer in a protest letter sent to President Eisenhower on behalf of Protestants and Other Americans United for the Separation of Church and State. (While today, Americans United is an organization anathema to many religious conservatives, it was founded with the support of leading members of the post-war evangelical movement and worked closely with the NAE in this period.)

In the 1950s, evangelicals defended the right of individuals to refuse to participate in an otherwise mandatory event on the grounds of their belief. They argued that such a right was understood by American citizens as protected by the right to freedom of conscience and freedom of worship under the First Amendment. And they made clear that they did not consider such actions to embody disrespect to others. As the protests continue this year, it’s an argument worth bearing in mind.

(With thanks to the Special Collections Archive at Wheaton College and the Billy Graham Center Archive for the documents on which this article is based.)

Emma Long, Senior Lecturer in American Studies at East Anglia, is Associate Editor, History: The Journal of the Historical Association.