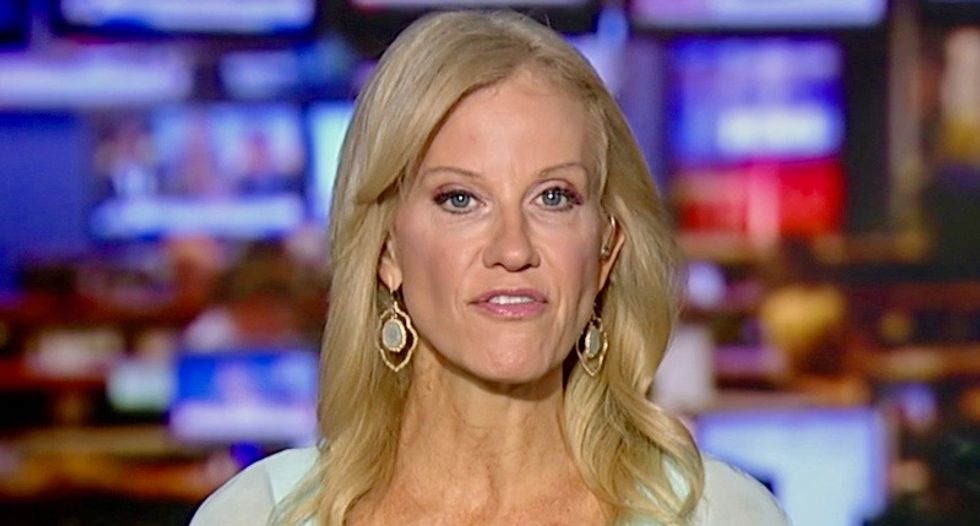 Kellyanne Conway, one of President Trump's most senior aides, told Fox News on Tuesday that there is a "vast leftwing conspiracy" to destroy Supreme Court nominee Brett Kavanaugh.

Speaking to host Harris Faulkner, Conway said that Democrats "failed to lay a glove on Brett Kavanaugh" during the contentious nomination hearings.

"This is becoming a vast leftwing conspiracy," Conway said. "You've got a lot of Democrats, consultants and Hollywood folks and others, in cahoots, coddling each other, definitely coaching each other."