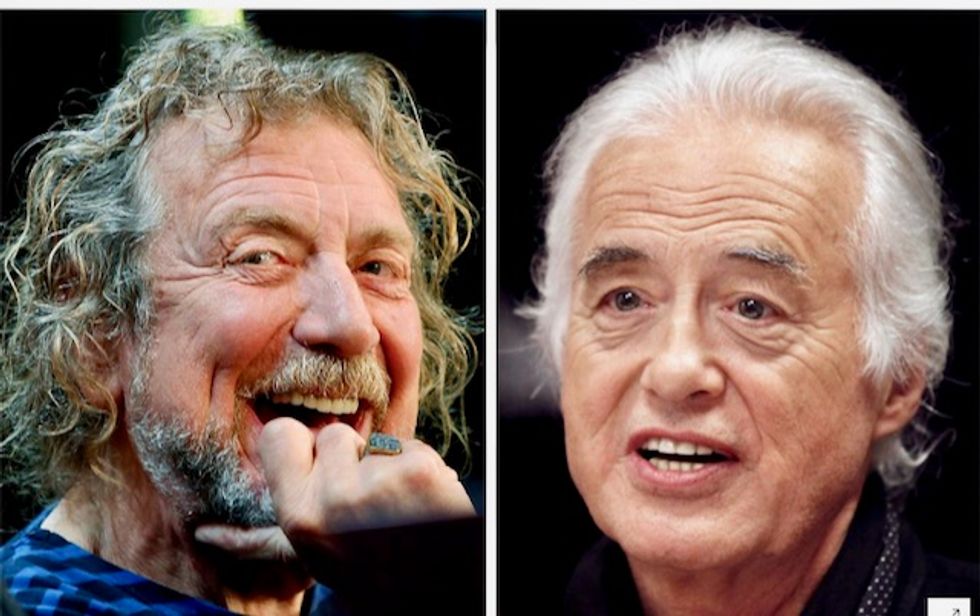 Led Zeppelin was ordered by a U.S. appeals court to face a new trial over whether it stole the opening guitar riff for its 1971 anthem “Stairway to Heaven” from an obscure instrumental written four years earlier.

In a 3-0 decision on Friday, the 9th U.S. Circuit Court of Appeals in San Francisco threw out a June 2016 verdict in the rock band’s favor, citing a series of errors by the trial judge.

The decision revives one of the music industry’s most closely-watched copyright cases, potentially exposing Led Zeppelin lead singer Robert Plant and guitarist Jimmy Page to millions of dollars of damages.

The lawsuit had been filed by Michael Skidmore, a trustee for the songs of Randy Wolfe, a guitarist for the band Spirit.

Skidmore accused Plant, 70, and Page, 74, of stealing the iconic opening to “Stairway” from the Spirit song “Taurus.”

He said the songs had similar chord progressions, and that Page may have written “Stairway” after hearing “Taurus” while Led Zeppelin and Spirit were touring together.

Wolfe, who performed as Randy California, had complained in interviews about the songs’ similarities, but did not sue prior to his death by drowning in 1997.

Jurors determined that while Plant and Page, who testified at the trial, had access to “Taurus,” the song’s riff was not intrinsically similar to the opening of “Stairway.”

But in Friday’s decision, Circuit Judge Richard Paez said the trial judge erred in failing to instruct jurors that the trustee could prevail if Wolfe had created a “sufficiently original combination” of otherwise unprotectable music elements.

Paez also said the judge erred in instructing jurors about the copyrighting of music elements in the public domain, and should have let them listen to “Taurus” while Page testified, to assess his demeanor and help determine whether he had access.

“We do not dispute that Led Zeppelin is one of the greatest bands in history, but their plagiarism indelibly stains their legacy,” Skidmore’s lawyer Francis Malofiy said in an email.

The case was returned to U.S. District Judge Gary Klausner in Los Angeles.

Friday’s decision followed a March 21 copyright ruling by another 9th Circuit panel upholding a $5.3 million judgment to Marvin Gaye’s children. They accused Robin Thicke and Pharrell Williams of creating the 2013 smash “Blurred Lines” by copying Gaye’s 1977 song “Got to Give It Up.”