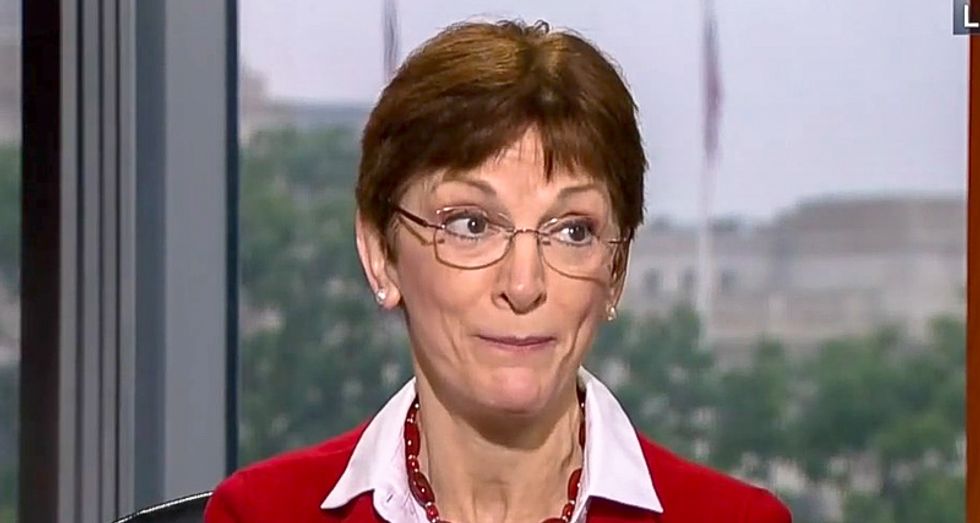 On the Sunday edition of Washington Journal, C-SPAN opened its lines for callers to speak about the attempted rape accusations that Dr. Christine Blasey Ford has made against the Supreme Court nominee.

A California woman named Gail explained that she had called in to support the judge.

"I seem to notice a pattern that goes on that every time a Republican is up for some kind of a nomination for some kind of a job, there are sexual innuendos and mudslinging at that person," Gail complained. "Most often [the accusations are] not warranted."

"I'm absolutely appalled that we are going back 35 years to try to pull something out that somebody did when he was 17 years old," she continued. "I can tell you as a woman -- I can't tell you how many times men have been fresh and done things inappropriately. That's just the nature of the beast."

Mona Charen, a conservative columnist appearing as a guest on C-SPAN, seemed to be outraged by the caller.

"If it's true," Charen said, "that everything in [Dr. Blasey Ford's] accusation happened the way she describes it, that is, at a party, a 17-year-old boy turns up the music in the bedroom so that no one can hear her scream, with an accomplice, jumps on her, covers her mouth to muffle her screams and makes her fear that she may suffocate and laughs and tears at her clothing -- that is not bra-snapping."

"That is not hijinks," she insisted. "That's a crime. And it's a serious crime... I'm not assuming it's true. But if it's true as Ford laid it out, it would be enough to disqualify someone who committed a crime, even this many years later."