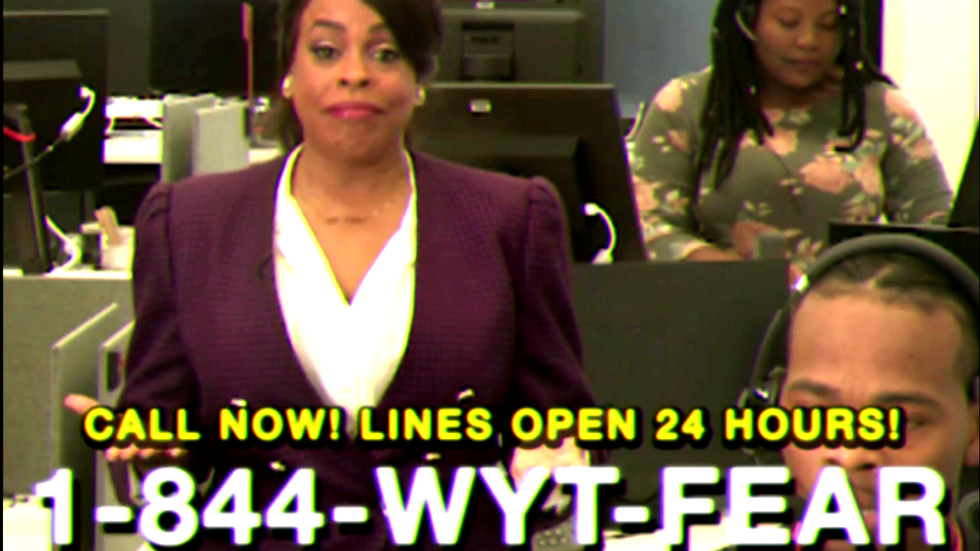 White people have called the police on Black people at an alarming rate for doing mundane and normal tasks, and a new emergency hotline seeks to combat this ongoing issue.

A satirical infomercial hosted by comedian Niecy Nash advertises a hotline that white people can call instead of the police whenever they get the urge to report Black people.

Cell phones videos and social media has made this problem even more visible. The video shows Nash calling 1-844-WYT-FEAR.

"I want to introduce you to a radical new product that will save you from all the headaches from being filmed and outed as a racist douche," she said.