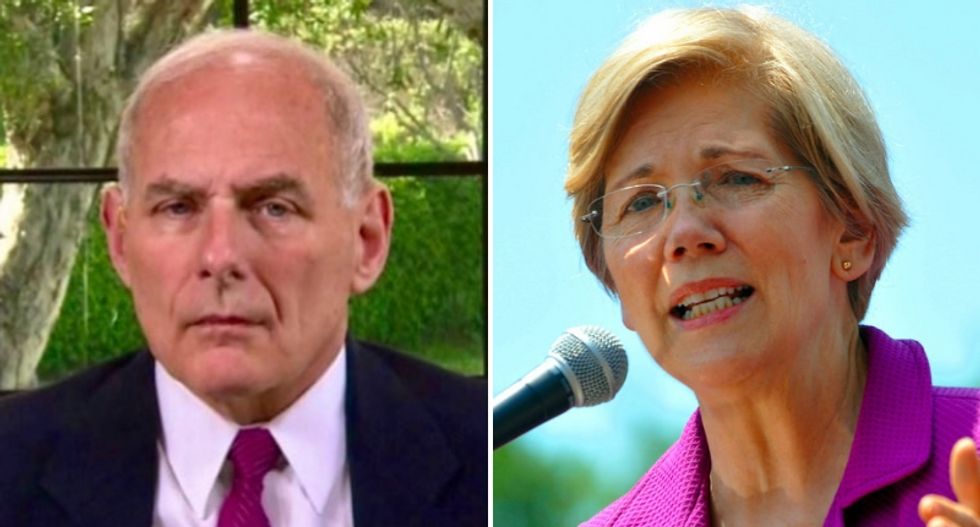 BuzzFeed News reported that Kelly made the comment in a February 2017 email exchange while he was head of Homeland Security. The email to Kevin Carroll, his senior aide at DHS, was sent after Kelly and Warren spoke on the phone about President Donald Trump's ban on travel from a number of Muslim-majority countries — a move Warren called "illegal."

"Absolutely most insulting conversation I have ever had with anyone,” the then-DHS director wrote to his senior counsel. “What an impolite arrogant woman. She immediately began insulting our people accusing them of not following the court order, insulting and abusive behavior towards those covered by the pause, blah blah blah."

Carroll, in response, wrote that it was "too bad Senate Majority Leader McConnell couldn’t order her to be quiet again!"

The email was one of thousands received from a Freedom of Information Act lawsuit BuzzFeed filed.