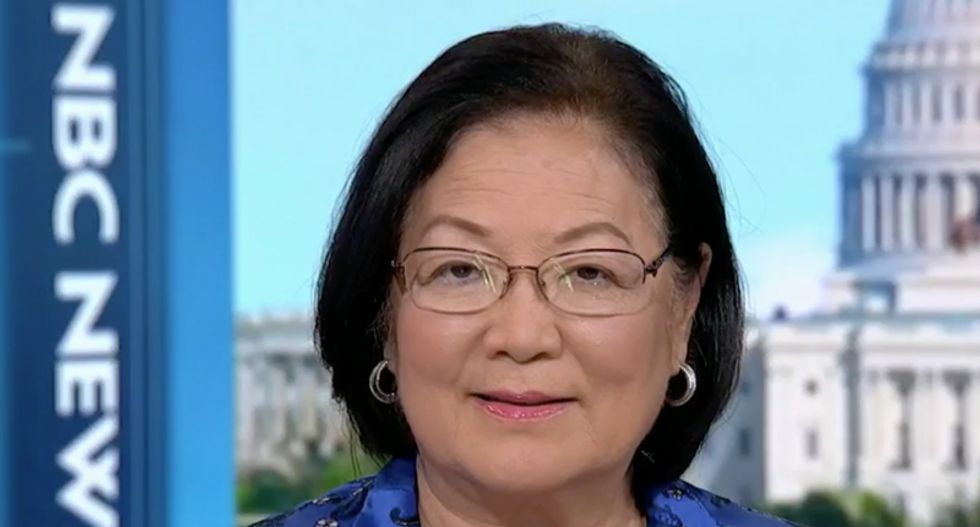 "It's not about whether he drank or not, but whether he lied about it," Hirono said. "The picture that is painted is that this is a person who drank a lot. Not just in high school but also in college, and that when he drank, he would become very belligerent and aggressive."

Hirono said even Kavanaugh's friends are questioning his truthfulness. "He said 'no, I never did any of that' and there are plenty of people coming forward when they listened to him testifying before our committee," she said. "It's just so unbelievable that they are coming forward and these are all the people that need to be interviewed by the FBI."