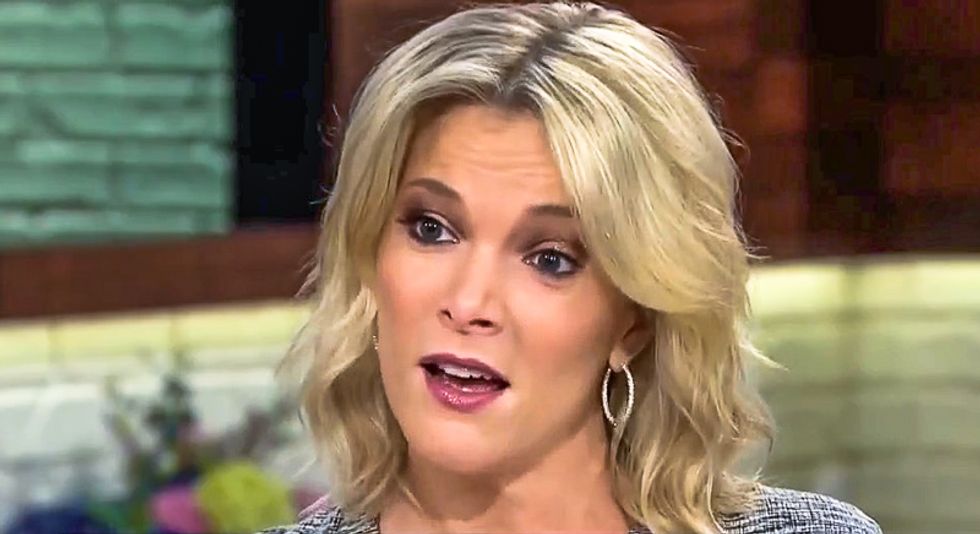 Megyn Kelly has reportedly been booted from her job at NBC News.

The Daily Mail tabloid is citing network sources who say that Kelly's time at the network is over, just two days after she questioned whether it was offensive for white people to wear blackface on Halloween.

"Megyn Kelly is done," one source told the publication. "She is not ever coming back."

The NBC source then fumed about the massive $69 million contract that Kelly signed to leave Fox News for NBC.

"Here’s the worst part -- her deal is a non-break deal -- so she walks away with all that money," the source said. "It's disgusting and heads should roll here because of it."

According to the Daily Mail, Kelly has already started talking with Fox News about a return to the network.

Kelly's remarks on wearing blackface for Halloween were just the latest in a long line of racially incendiary remarks that date back to her days at Fox.

Among other things, Kelly has drawn fire for her tirades insisting that fictional characters such as Santa Claus must be white; that a 15-year-old black girl dragged to the ground by a cop deserved some blame for being “no saint”; and hyping a supposed “voter intimidation campaign” carried out by the New Black Panther Party in Philadelphia.