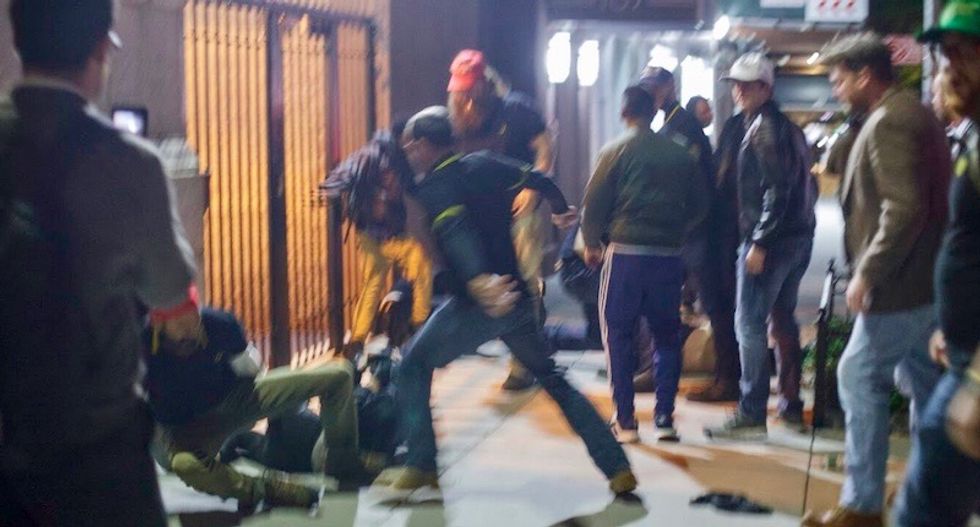 New York state's Attorney General, Barbara Underwood, is looking for information about an apparent violent attack by extremist group The Proud Boys and will push for a "thorough investigation," she announced via Twitter on Friday night.

Following a Friday night event at the Metropolitan Republican Club of New York which featured a speech by founder Gavin McInnes, a mob of the extremists group was filmed attacking and beating several men in the street.

In video posted to Twitter, New York police are seen slowly approaching the scene of a beating.

New York cops arrested three people on the scene for "taking a backpack" and after the fight the Proud Boys reportedly posed for a group photo giving the "OK" sign.