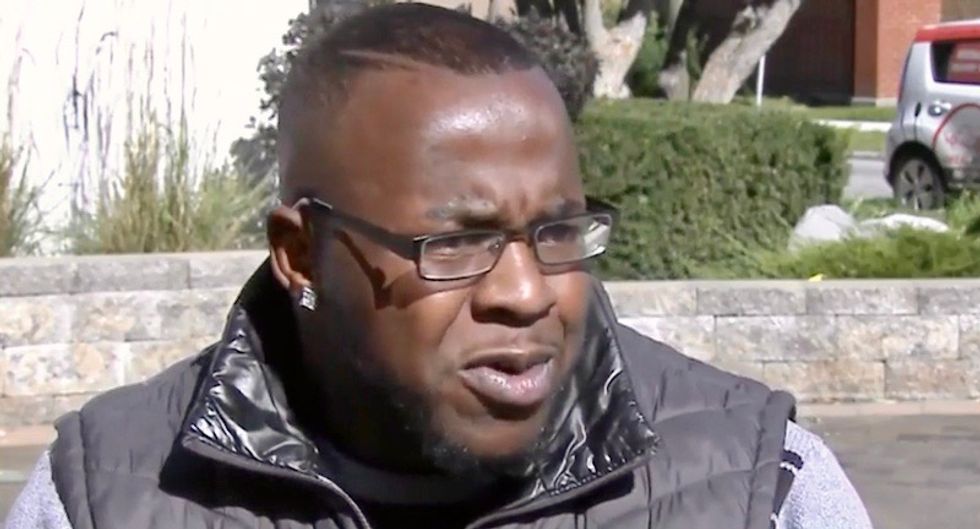 A black Milwaukee Uber driver was confronted by two gun-wielding white men while working on Saturday, but the two men face no charges because one was a concealed-carry holder, reports WISN.

Darnell Smith was driving for Uber when he stopped to clean trash left by passengers out of his car.

While stopped, he was approached by two men, including Todd Sincock, who was pointing a gun at him. The Sincocks demanded to know what Smith was doing and called the police when he wouldn't tell him.

"I have no obligation to tell you sh*t. Nothing. You didn't even tell me who you were when you pulled up. For all I know, you were trying to rob me," Smith says in the video.

"Just because you have a conceal and carry license doesn't mean pull your gun out if you think something is happening," Smith told WISN.

Sincock told the TV station that he and his brother, who is the one that drew a firearm, "assumed" the black Uber driver was a drug dealer.

Police did not charge the white men in the incident.

Trump trashes Elon Musk's decision to buy Twitter: 'Only a fool would pay that price!'

According to Trump, "a lot of bad things are happening to Elon, he's got to be little bit careful."