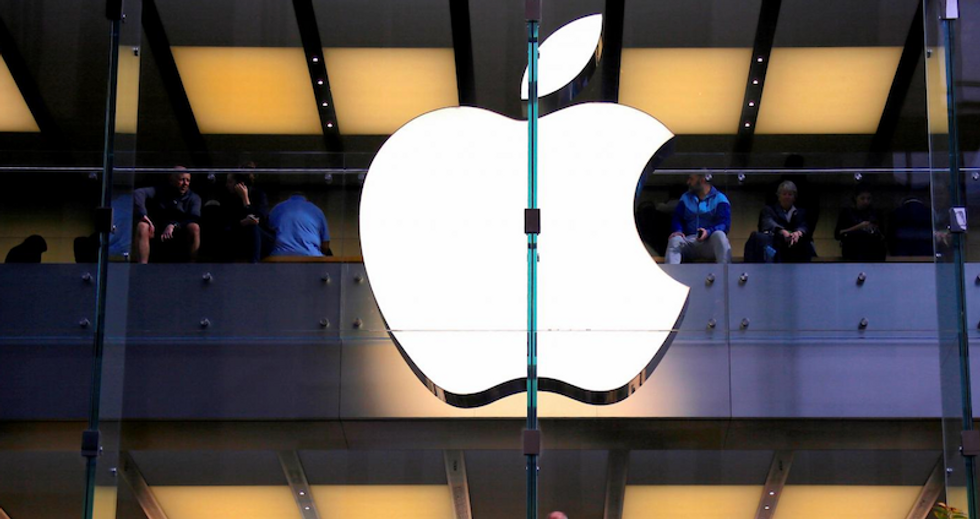 The disappointing forecast by the world’s most valuable technology company helped send shares down as much as 7 percent, taking roughly $70 billion off Apple’s market value and forcing that value below $1 trillion. The forecast could also deepen concerns for technology companies that saw a sell-off after misses by Amazon.com Inc and Google parent Alphabet Inc.

Apple said it expects between $89 billion and $93 billion in revenue for its fiscal first quarter ending in December, with a midpoint of $91 billion coming in below Wall Street expectations of $93 billion, according to IBES data from Refinitiv.

Cook in an interview with Reuters said that Apple is “seeing some macroeconomic weakness in some of the emerging markets.” He later told investors on a conference call that weak markets included Brazil, India, Russia and Turkey. Sales were flat in the fourth quarter in India, Cook said.

“Obviously, we would like to see that be a huge growth,” Cook said on the call.

Executives said they also would quit giving the number of iPhones, iPads and Mac computers, leading to a further drop in the share price, since iPhone unit sales was long the key indicator of quarterly success.

Withholding that number will make it impossible to calculate the average selling price of phones, another key measure.

Apple said it would start giving cost-of-sales data for its services business, an important metric for subscription businesses. But investors reacted negatively.

“Companies typically stop reporting metrics when the metrics are about to turn. This is not a good look for Apple,” said analyst Walter Piecyk from BTIG Research.

For the quarter ended in September, Apple brought in $62.9 billion in revenue and $2.91 per share in profits, beating expectations of $61.5 billion and $2.79, respectively.

“Our worry is there must be a limit to Apple’s pricing power,” said George Salmon, an analyst at Hargreaves Lansdown. “The group is now charging close to $800 per phone, and while that’s helping revenues climb despite flat sales volumes, one has to wonder how the strategy to shimmy up the price ladder fares in a downturn. If consumers start feeling the pinch, those price tags could put the punters off.”

In an interview with Reuters, Cook said his caution on holiday sales was in part due to Apple’s earlier-than-normal launch of its top-end iPhone models, the XS and XS Max.

Apple was unsure whether it can make enough new iPhones, Apple Watches, iPads and Mac models it released in recent weeks, Cook told Reuters. Apple is widely expanding the use of its facial recognition unlocking system in iPhones and iPads, which uses special lasers that are produced by only a handful of suppliers.

Elazar Advisors analyst Chaim Siegel said that China trade issues could be making it difficult for Apple to get the supplies it needs. “As for emerging markets slowing, that’s also contagion from China. Both trade war issues coming to reality,” he said.

But Cook stressed that Apple was happy with its performance in China, where revenue grew 16 percent to $11.4 billion, the fifth quarter in a row the company has had double-digit growth in the region.

Apple’s cautious forecast could accelerate investor fears that have in turn erased stock market gains for much of the year. At market close on Thursday, Apple shares had been up more than 25 percent for the year - supported by purchases by Warren Buffett and a $100 billion share buy-back program - while the Nasdaq Composite Index is nearly flat for the year.

Apple said revenue from services, which includes iCloud, the App Store and Apple Music, reached $10 billion, in line with analyst estimates. Apple investors have been increasingly focused on growth in the company’s services business as consumer markets become saturated with smartphones.

Apple forecast a tax rate of 16.5 percent for the December quarter, above analyst expectations of 15.9 percent, according to IBES data from Refinitiv.