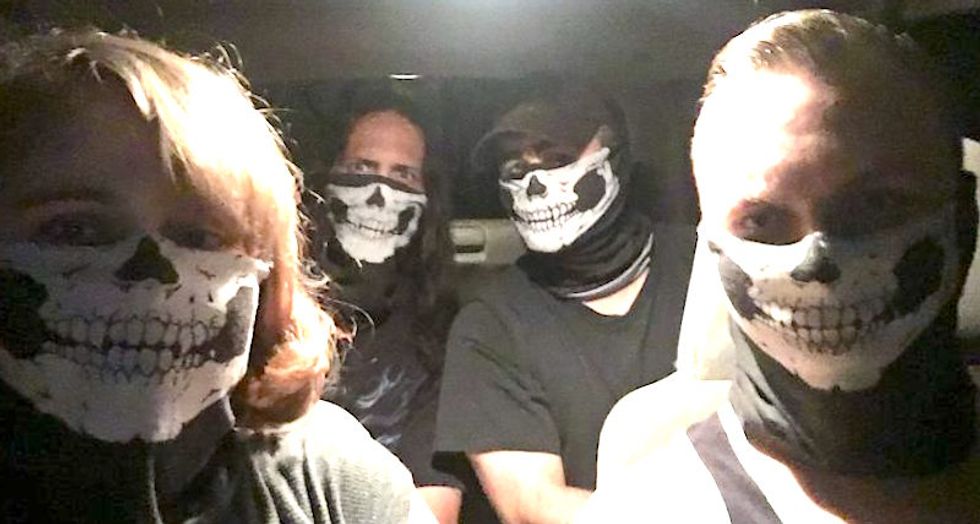 Purported members of the National Socialist Legion pose for a selfie published in the group's Discord chat server. Image via Unicorn Riot.

Members of a neo-Nazi group formed in the wake of the deadly Charlottesville rally outed themselves as perpetrating hate crimes and sharing bomb manuals in leaked Discord chat logs.

Unicorn Riot, a journalism collective that tracks hate groups, reported that members of the National Socialist Legion discussed harassing Jews who attended the Tree of Life synagogue in Pittsburgh months before the October massacre at the temple.

A leadership shakeup within the NSL led to the leaks, Unicorn Riot noted.

The creation of the group itself came from the splintering of the defunct Vanguard America group following the publicization of photos featuring some of its members marching alongside James Alex Fields, the man suspected of ramming his car through a crowd and killing Heather Heyer during the 2017 "Unite the Right" rally.

In the leaked chat logs, user "johnolithic" shared a photo of what appeared to be a homemade bomb after the "Unite the Right 2" rally in Washington, D.C. in 2018.

"Got something cooked up for next time," the user wrote. 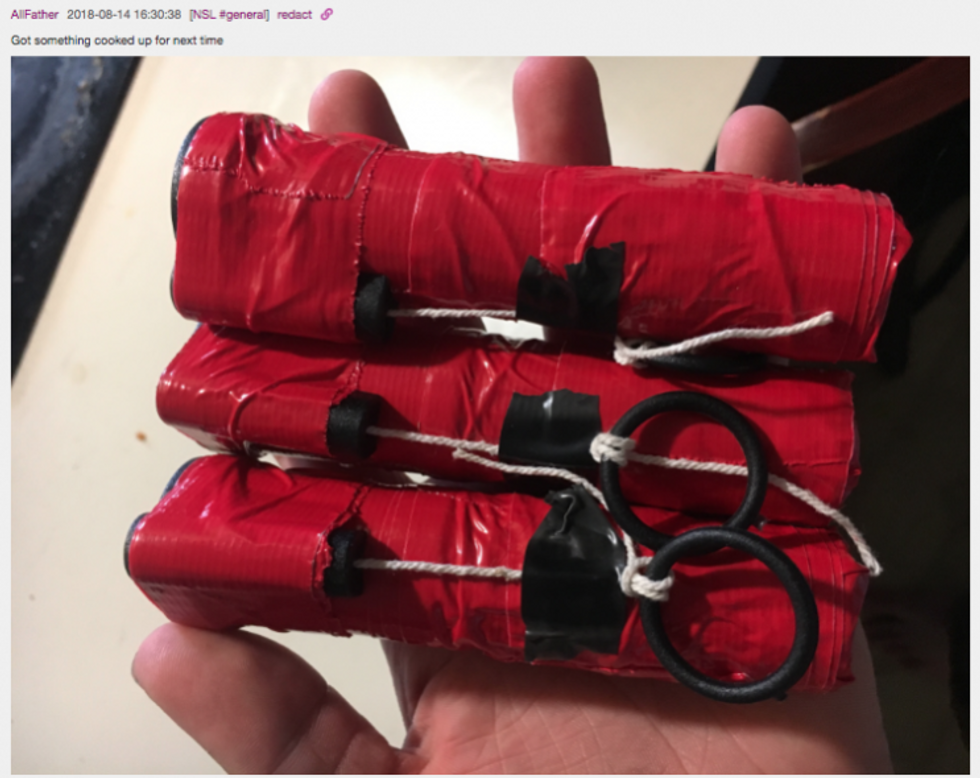 In the chat log's "activism" channel, user "Iron Eagle" — who claimed to be an active duty soldier and military police member —claimed to have stolen an Israeli flag and some mail from a Jewish couple's yard, the report noted.

"He makes several references to being part of the 'MP CORE' and told another NSL member he had 'just left FLW as an MP,' presumably referring to Fort Leonard Wood, an Army training base in Missouri," Unicorn Riot reported.

The user went on to add that he "may just put flyers in people mail box's [sic]," and other users told him that tampering with mail could result in federal charges.

Unicorn Riot noted that the users on the NSL Discord server "routinely mocked other neo-Nazi groups as either being too extreme or not extreme enough for their preference." The group uses the swastika and the Wolfsangel, a symbol used by the deadly Aryan Nations group.

One NSL propaganda flyer warns: "Traitors to the white race get death."

You can read more of the NSL's discord servers in screenshots posted to Twitter below, and via Unicorn Riot's report.