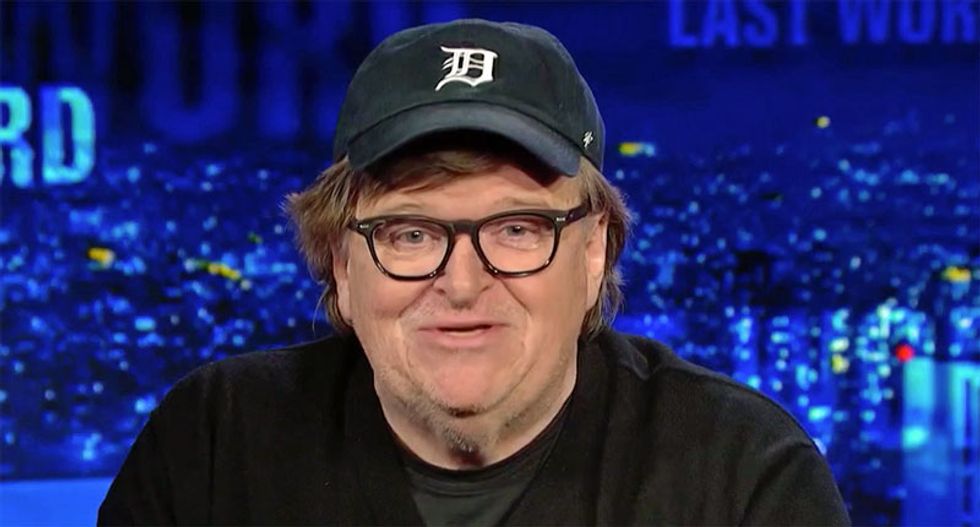 Filmaker Michael Moore on Thursday praised the Democratic Party for winning big in the midterm elections during an appearance on MSNBC's "The Last Word" with Lawrence O'Donnell.

"It is an amazing victory," Moore concluded.

"All the points you just made were right on, especially the point that this victory on Tuesday was larger than the Tea Party victory in 2010," Moore noted. "Larger than the huge wave where the Democrats took over Congress in 2006."

"It can't be stated enough or strongly enough just how over-the-top awesome this victory was on Tuesday," he concluded.

"This is the new America that you've got on your screen right now," Moore argued. "That is the America that we live in."

'I see no signs of them slowing down': Legal experts raise red flags as Supreme Court begins new term

On Monday the Supreme Court will reconvene with the newest addition, Associate Justice Ketanji Brown Jackson, taking the seat previously occupied by retired Stephen Breyer and legal experts are warning that the new session will likely be as tumultuous as the last.

Top US ski mountaineer gets Buddhist cremation in Nepal

The body of renowned US ski mountaineer Hilaree Nelson, who died on Nepal's Manaslu peak, was cremated close to a Buddhist stupa in Kathmandu on Sunday.

Nelson's body was found on the slopes of the world's eighth highest mountain on Wednesday, two days after she disappeared as she was skiing down from its summit.

Ukraine said Saturday its forces had begun moving into the key eastern town of Lyman, located in one of the four Ukrainian regions that Russia annexed, with President Volodymyr Zelensky pledging more areas would follow within the week.

The latest development -- a feature of Kyiv's weeks-long counter-offensive against Moscow's invasion -- comes as Germany's defense minister made a surprise visit to Ukraine, but also amid accusations Russia killed 24 civilians in the eastern Kharkiv region.