Did George H.W. Bush launch the first Gulf War based on a ‘word from the Lord’ from Pat Robertson? 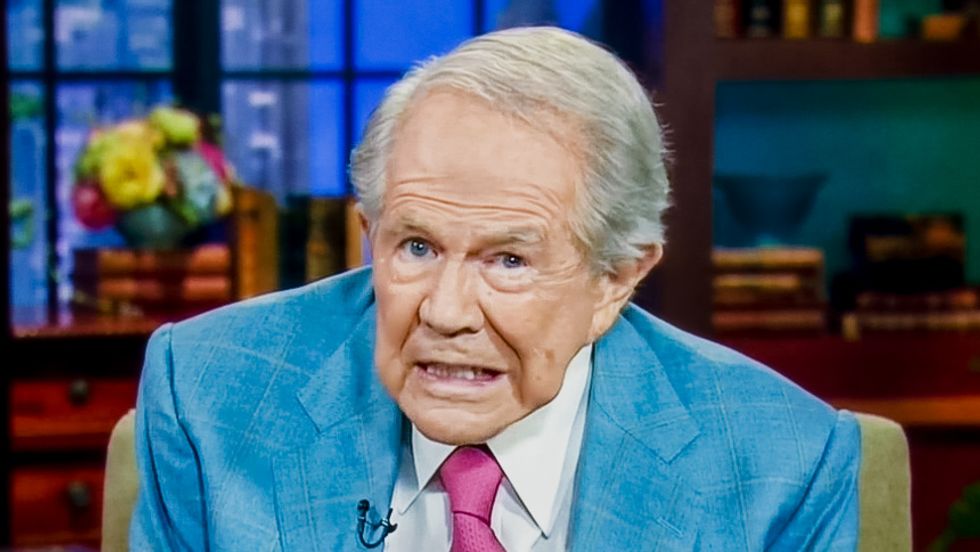 Televangelist Pat Robertson kicked off today’s episode of “The 700 Club” by reminiscing about the close relationship he had with President George H.W. Bush, who died over the weekend, recounting the time he delivered a “word from the Lord” to Bush urging him to launch the first Gulf War.

Robertson said that he called Chief of Staff John Sununu to arrange a meeting with Bush because Robertson had “an important message” to deliver to the president at a time when American officials were meeting with representatives of the Iraqi government following its invasion of Kuwait.

“He was in the Oval Office and just at that time, his representative in Geneva had been meeting with a representative of Saddam Hussein and the talks had broken down,” Robertson recalled. “I said, ‘Mr. President, I’ve got a word from the Lord for you.’ He said, ‘What is it?’ I said, ‘There is going to be a war, it is going to be enormously successful, you’re going to be hailed as a great military leader, and your success is going to go through the roof.'”

Robertson said that he and Bush then “joined hands together” in prayer and “asked for God’s anointing and his wisdom on this man, and he went from there into the Cabinet Room and they launched the Gulf War.”