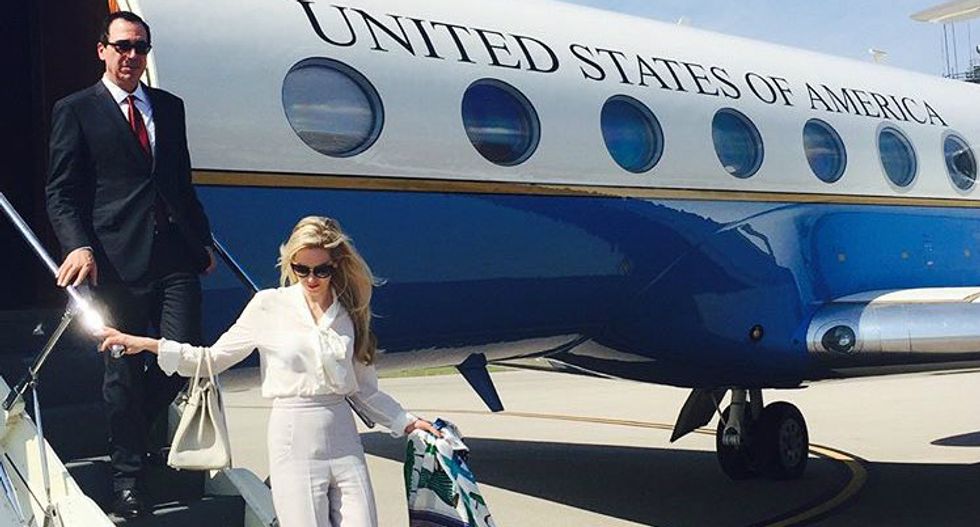 Treasury Secretary Steve Mnuchin's office released a statement Sunday saying that he was making calls to the heads of several banks to reassure them about the economy and markets. In fact, Mnuchin was on the beach.

Secretary Mnuchin conducted a series of calls today with the CEOs of the nations six largest banks," the statement said. "He also confirmed that they have not experienced any clearance or margin issues and that the markets continue to function properly."

"Tomorrow, the Secretary will convene a call with the President's Working Group on the financial market, which he chairs. This includes the Board of Governors of the Federal Reserve System, the Securities and Exchange Commission, and the Commodities Futures Trading Commission," the statement continued.

There's just one problem with that: Mnuchin is actually on the beach in Cabo.

If the MSNBC report is true, Mnuchin must be "working" from the beach resort.