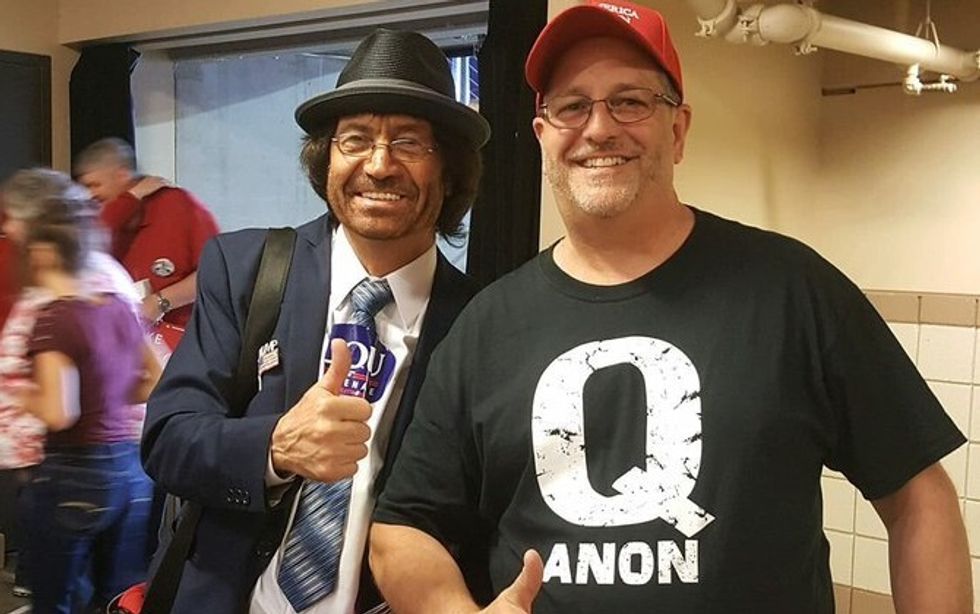 On Monday, former San Juan Capistrano city councilwoman Pam Patterson gave a farewell speech, where she paid homage to QAnon, the conspiracy theory that posits an anonymous high-level public official is seeding clues that will lead believers to uncover a pedophile ring related to the Mueller investigation.

The Daily Beast points out that it might be the first time an elected official has given credence to the conspiracy theory.

For far too long we have been silent and allowed our bands of strength, that we once formed to defend FREEDOM and LIBERTY, to deteriorate. We became divided. We became weak. We elected TRAITORS to govern us. We allowed EVIL to prey on us. Those who claimed to represent us gave us false hope, made false promises. The evil and corruption only grew. WE MUST RISE AGAIN. WE MUST UNITE AGAIN. WE MUST FIGHT AGAIN. FOR GOD & COUNTRY.

Her speech was met with polite applause.