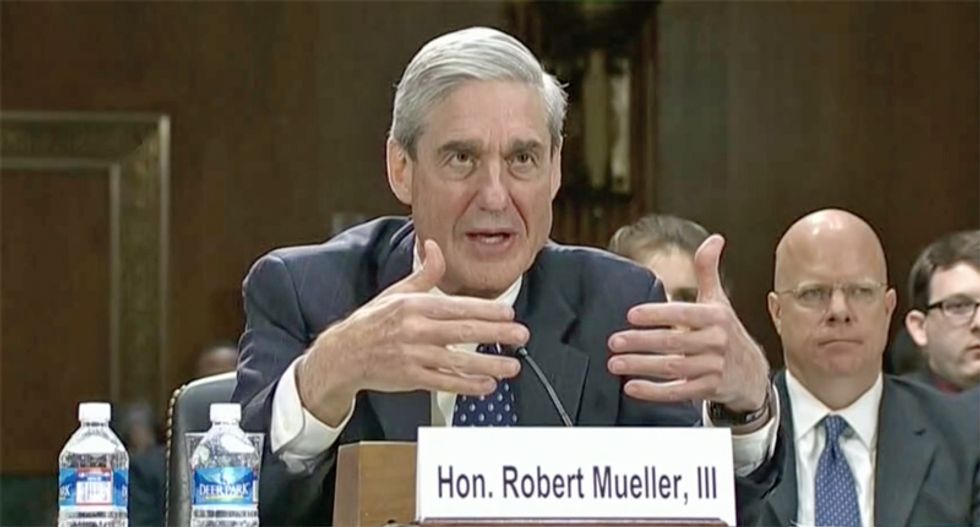 MSNBC's "The Beat" with Ari Melber on Tuesday hosted a fascinating segment on "what Bob Mueller thinks and knows."

"What we've done here, that I'm about to show you and we're kind of excited about it, is we combed through things that Mueller has said and done in various forums -- governmental, investigative, journalistic -- that give clues into his thinking as he continues to play out this complex situation," Melber explained.

For analysis of Mueller's thinking, Melber was jointed by intelligence expert Malcolm Nance.

Nance authored the book The Plot to Hack America: How Putin's Cyberspies and WikiLeaks Tried to Steal the 2016 Election -- which was published before the election -- and the new book The Plot to Destroy Democracy: How Putin and His Spies Are Undermining America and Dismantling the West.

"What runs through your mind as you see some of Bob Mueller's past warnings and analysis of this, given that in the past two years we hear nothing from him?" Melber asked.

"I think it is brilliant that you put that display of his quotes together," Nance replied.

"Robert Mueller knows what he's doing. He has been as director of the FBI for three presidents, he has already known -- he's always been at the cutting-edge of how our opponents have been coming at this nation, particularly using counter intelligence," he explained.

"This campaign from the very beginning, this investigation has always been a spy hunt and always been people associated with foreign intelligence agencies and governments and how they infiltrated the United States government," Nance said. "The major component is cyber but it is also a hybrid as you said earlier, going back to those traditional spy craft methods which obviously have made headway."