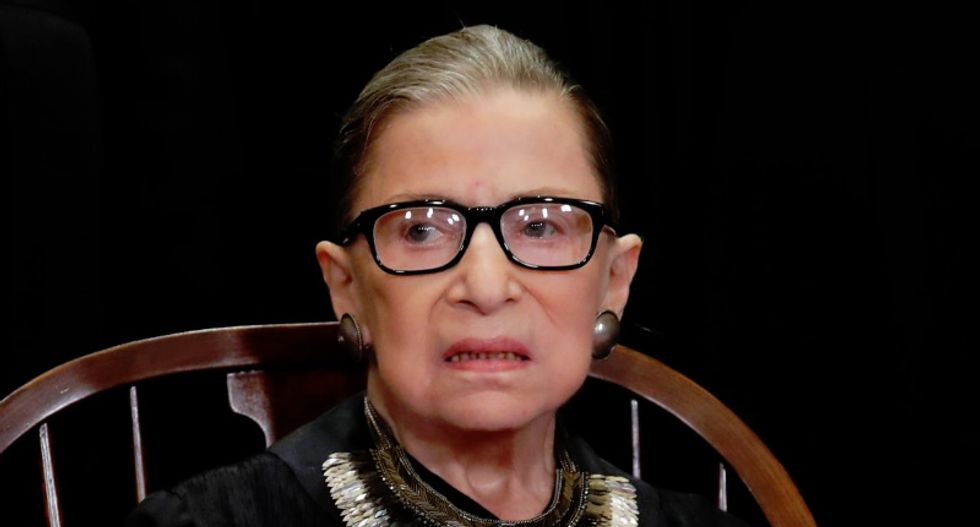 U.S. Supreme Court Justice Ruth Bader Ginsburg will be working from home and will not participate from the bench during the two scheduled oral arguments on Monday after undergoing surgery for lung cancer last month, a court spokeswoman said.

Ginsburg, 85, will instead use the case briefs and transcripts to participate in the cases, court spokeswoman Kathy Arberg said. The liberal justice underwent surgery at Memorial Sloan Kettering Cancer Center in New York to remove two cancerous nodules in her left lung and was released from the hospital on Dec. 25.

It was the first time Ginsburg, one of the court’s nine justices, has missed oral arguments as a result of her various health scares, including two previous cancer diagnoses.

As the oldest justice, Ginsburg is closely watched for any signs of deteriorating health. Ginsburg, appointed by Democratic President Bill Clinton in 1993, also is the senior liberal member of the court, which has a 5-4 conservative majority.

Ginsburg was treated in 1999 for colon cancer and again in 2009 for pancreatic cancer but did not miss any argument sessions either time. In 2014, doctors placed a stent in her right coronary artery to improve blood flow after she reported discomfort following routine exercise. She was released from a hospital the next day.

In recent years she has become something of a cult figure for liberals and known by the nickname “Notorious RBG,” after the late rapper Notorious BIG. A documentary film, “RBG,” and a feature film about her life, “On the Basis of Sex,” were released in 2018.