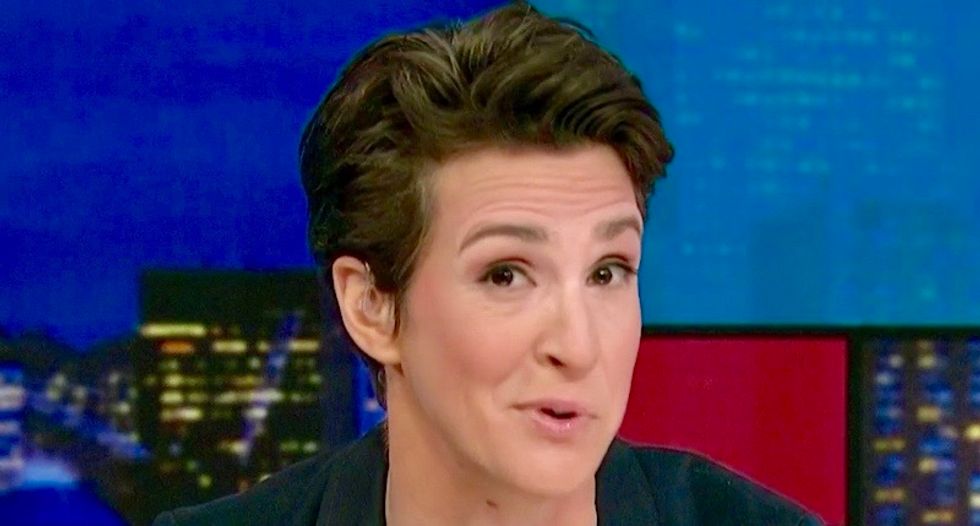 On early Friday morning, the FBI arrested Stone in his Florida home, and he was indicted on seven felony charges. Stone was technically indicated yesterday, but it was kept under wraps in case he tried to "flee" or "tamper" with evidence.

"Roger Stone was actually, it turns out, indicted yesterday under seal the special counsel's office requested that the federal court in D.C. keep that indictment a secret. It was kept under seal until Stone could be arrested this morning," Maddow said.

She went on to explain that video of Stone's arrest was planned by a CNN producer who staked outside of Stone's house waiting for the FBI to arrive.

"The judges apparently agreed because the first sign that we all got of what happened today to Roger Stone was when this footage was caught on video by a CNN producer who had been assigned by the network to essentially stake out Roger Stone's house in the event that anything like this might happen," she said.

Stone was charged with seven counts of lying to Congress, obstructing a Congressional investigation and witness tampering.

"This in itself is a remarkable milestone in the Mueller investigation," Maddow said.  "We've seen a lot of people charged in this case and marched in and out of courthouses and SUVs pulling in and out of parking lots. Their movements have been tracked around potential testimony before secret grand juries but nobody else got arrested by the FBI in this fashion."

She said that she could not even "stomach" the news.