‘Are you referring to me or the president?’ Cohen laughs in the face of GOP congressman who called him a liar 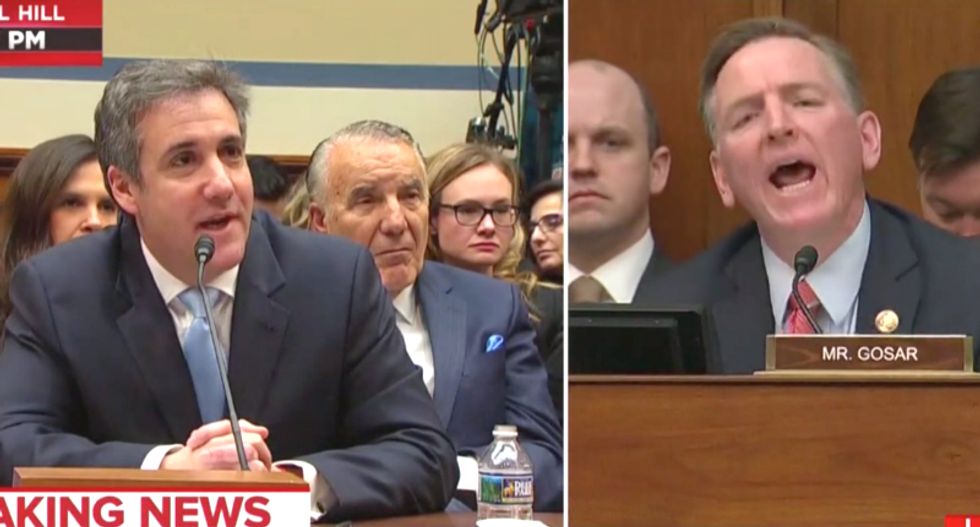 President Donald Trump's former lawyer Michael Cohen outright laughed in the face of Republican Congressman Paul Gosar after the representative accused Cohen of being a liar.

Gosar accused Cohen of violating attorney-client privilege with his testimony, and said he had no credibility.

"You're a pathological liar," he said. "You don't know truth from falsehood."

"Sir, I'm sorry. Are you referring to me or the president?" Cohen asked, laughing. Gosar went ballistic.

"Hey, this is my time," Gosar shouted as Cohen continued to laugh. "When I ask for a question, I'll ask for an answer."

"Sure," said a grinning Cohen, as Gosar, like many of his Republican colleagues before him during the hearing, began rambling on about conspiracy theories.