Can religion explain why some Americans are so easily duped by fake news? 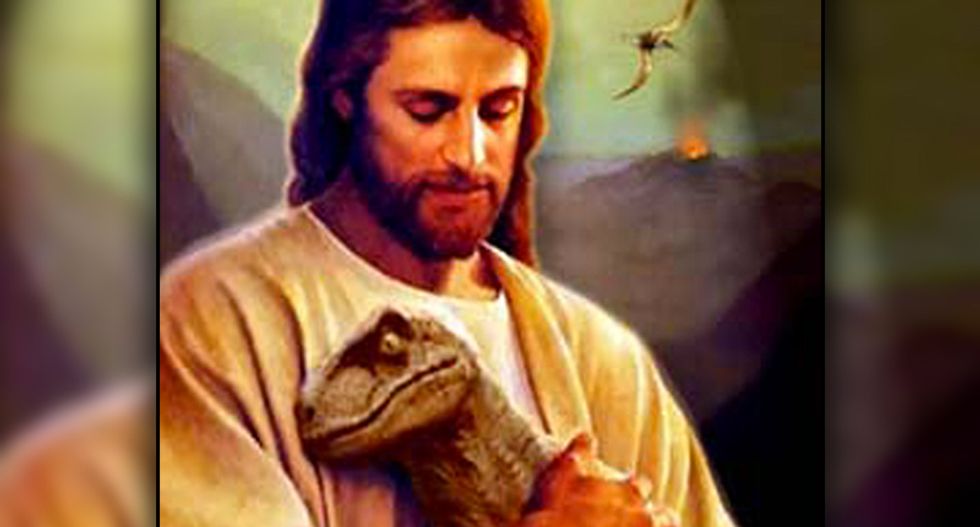 Writer and reporter Kurt Andersen, in conjunction with Big Think, walked through the ways in which the United States has entered a kind of post-truth era.

In a video, the linguistic expert on President Donald Trump’s speaking style explained that people seem to be losing IQ points year after year and it’s all due to a slow decline in truth. He explained that in 2012, the Republican candidates who agreed in the scientific theory of evolution had dropped to one-third of the field. By 2016, just one candidate, Jeb Bush, believed in science. Even George W. Bush said that the cornerstone of biology shouldn’t be taught in schools, and if it was, it should be taught along with the religious belief of creationism.

Andersen explained that he doesn’t think the Republican Party is growing stupider each year; rather that they’re fearful to challenge the chosen reality of their voters.

“I don’t think all of them disbelieve in evolution – some of them – but they were all obliged to say yes to falsehood and magical thinking of this religious kind, and that’s where it becomes problematic,” he said.

“America has always been a Christian nation,” Andersen quoted. “That had always meant a different thing 100 years ago or even 50 years ago than it means today… Christian Protestant religion became extreme. It became more magical and supernatural in its beliefs in America than it has for hundreds of years or for any other place in the world.”

Falsehoods like President Barack Obama is a secret Muslim or climate change is a Chinese hoax are all issues that are easy to believe if “fantasy and wishful untruths” are the norm. That makes it easier to accept conspiracy theories or fake news.

Anderson explained that he doesn’t care if people believe what they want to believe in private. However, when religious belief “bleeds over into how we manage and construct our economy and our society,” there’s a problem that will cause lasting trouble for the country.


During a House Elections Committee hearing, House Bill 2057 was opposed by a slew of election officers and voting rights advocacy groups questioned the need for the legislation. They included Loud Light, the Disability Rights Center of Kansas and the Kansas African American Affairs Commission.

Kenny Stancil, Common Dreams
Democratic Rep. Ilhan Omar of Minnesota and her progressive allies are denouncing the Republican effort to oust her from a key House panel as early as Thursday.

House Republicans on Wednesday advanced a resolution to remove Omar from the House Foreign Affairs Committee (HFAC). In a party-line 218-209 vote, GOP lawmakers approved a rule that sets the parameters for debate on the chamber floor prior to a final vote.

"It remains unclear when House Republicans will bring the Omar resolution to the floor for debate and a final vote," The Hill reported. "Democrats still need to formally submit a separate resolution with their roster for the Foreign Affairs Committee." That is expected to happen by Thursday.