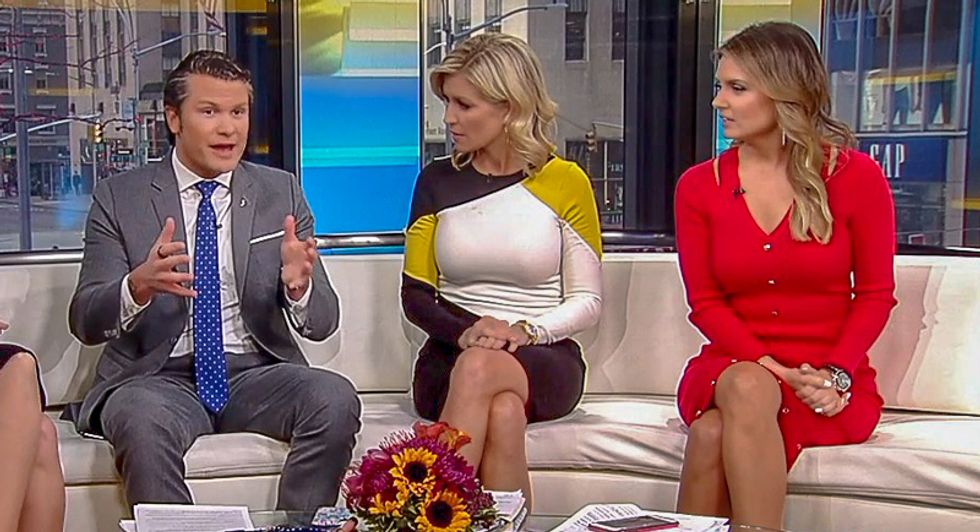 The hosts of Fox & Friends suggested on Tuesday that Rep. Alexandria Ocasio-Cortez (AOC) will convince young people to end civilization by refusing to have children.

In an Instagram live video this week, Ocasio-Cortez said that it was understandable for young people to question whether to bring children into the world.

“Our planet is going to face disaster if we don’t turn this ship around,” she explained. “And so it’s basically like, there is a scientific consensus that the lives of children are going to be very difficult and it does lead, I think young people, to have a legitimate question. Ya know, should—is it okay to still have children?”

On Tuesday, Fox News host Pete Hegseth accused Ocasio-Cortez of believing someone could be considered a "bad person" for birthing a child amid climate change.

"Eventually, if people stop having children, guess what, none of us are going to be here," co-host Jillian Mele warned. "Like there's not even going to be Earth anymore."

"I don't want my daughter raised in a socialist environment," co-host Ainsley Earhardt said of the effort to combat climate change. "I mean, look at Venezuela. That's what's bad for the kids."

"And what's unhealthy for society is when they can't replace themselves," Hegseth opined. "Demographics say 2.1 [children per household] is a healthy, growing country."

"She said the world is going to end in 10 to 12 years, this is like World War II, this is her religion," he added.

Watch the video below from Fox Nation.