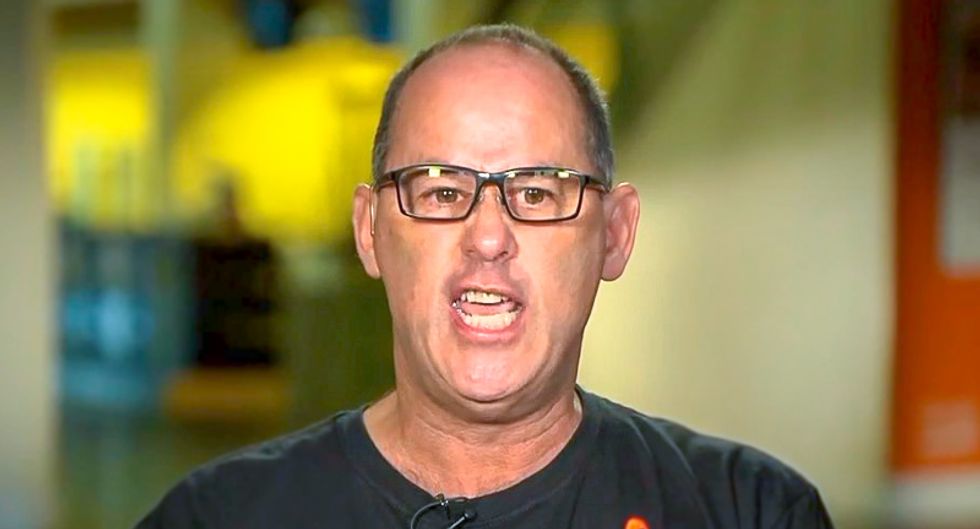 Fred Guttenberg is one of the most outspoken parents of victims of the Marjorie Stoneman Douglas high school mass shooting in Parkland, Florida.

He's worked tirelessly for almost a year since he lost his daughter, Jaime, one year ago tomorrow in that horrific massacre that stole the lives of 17 people.

Howard Schultz appeared on CNN Tuesday night. The cable news giant is being criticized for giving the former Starbucks CEO a town hall even though he has no actual policy positions to speak of, and is not even a declared candidate for president.

Schultz angered many who watched, by doing what he has done since he announced he might run: he attacked Democrats.

Schultz's remarks on guns, gun control, and Democrats were just too much for Guttenberg to ignore.

The 53-year old who has become one of the nation's foremost gun safety activists since losing his 14-year old daughter, did not hold back.

Schultz on CNN had reportedly said that "the far left wants to do everything possible to remove guns completely."

Guttenberg, who last year was dissed by Brett Kavanaugh during his Supreme Court confirmation hearing, wasn't having it.

"Why would you stupidly put yourself in this debate and claim people like me want to remove guns and call us far left for wanting to reduce 40,000 gun deaths per year," the grieving father tweeted. "Do me a favor, for this week, shut up!!!"

@HowardSchultz, tomorrow is one year since my daughtger was killed. Why would you stupidly put yourself in this de… https://t.co/qaGe57nkJW
— Fred Guttenberg (@Fred Guttenberg) 1550056561.0

He didn't stop there.

"If this is lane you are choosing to sound like a Republican, you failed."

Nobody wants to remove guns from law abiding citizens, we do want to make it harder for those who want to kill to g… https://t.co/we0Dm3qGcG
— Fred Guttenberg (@Fred Guttenberg) 1550056561.0

Schultz does not appear to have responded.

‘THIS ISN’T ABOUT A GUN’: TOMI LAHREN BLAMES ‘INSTA-FAMOUS CULTURE’ FOR PARKLAND – GETS SLAMMED BY VICTIM’S DAD