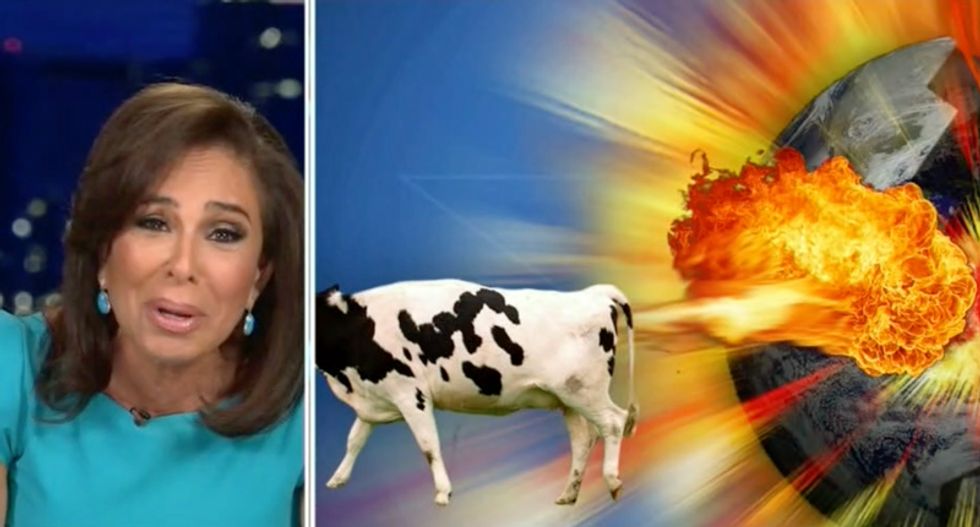 Fox News personality Judge Jeanine Pirro and the graphic she broadcast of a ball of fire coming from the rear end of a cow.

"My favorite part is where they seek a net zero greenhouse gas in ten years," she said. "So you may ask, why net zero instead of zero?"

"The reason is that they're not sure they'll be able to get rid of bovine flatulance -- I can't believe I just said this -- AKA cows farting," Pirro argued.