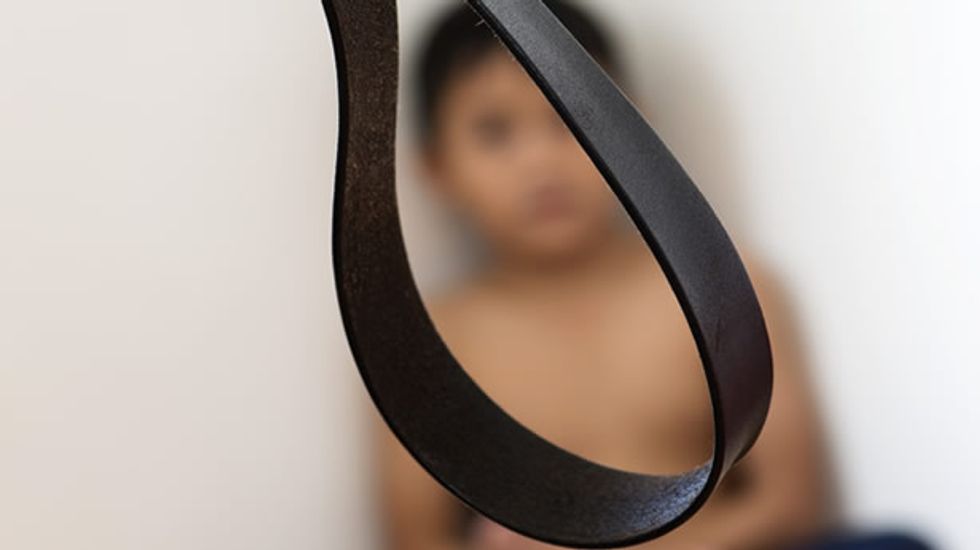 One of my earliest memories is of trying to wake up one of my relatives, and not being able to. As I got older, I understood why. We had addiction in my family. And as I watched some of my other close relatives become addicts, I asked myself several questions, but one in particular seemed haunting and insistent: why does addiction so often run in families? Why does it seem to pass from mother to daughter, from father to son, as though it were some dark genetic twist?

I went on a long journey to find the answers to these questions – I describe it in my book ‘Chasing The Scream: The First and Last Days of the War on Drugs.’ My research was book-ended by two events that remind us why we need to urgently understand this.

On Feb. 11 2012, Whitney Houston was found facedown in a bathtub, with her bloodstream pumped by alcohol, cocaine, and prescription drugs. Almost exactly three years on, her daughter Bobbi Kristina Brown was found facedown in a bathtub, after talking publicly about her own drug addiction, and pleading: “What do I really do? God, Help me ignore and rebuke what these demons are saying.”  It now looks – according to most reports – as if Bobbi will never recover. Last month, her father Bobby Brown said she had opened her eyes, but her grandmother said she has “irreversible brain damage.”

This question is no longer a mystery. It is no longer shrouded in fog. We know the major reason why addiction is transmitted through families – and it is not what most of us think. There is a genetic factor; but there is another explanation that is even more significant – and that we can do something about. A major studyby the Center for Disease Control (CDC) and the healthcare provider Kaiser Permanente of 17,000 people has unlocked this – and its results have subsequently been replicated by over 20 studies funded by individual US states.(1)

It was discovered quite by accident – in part of a study of a totally different subject. A distinguished doctor in San Diego called Vincent Felitti was trying to find out the underlying causes of obesity, and he was overseeing the treatment of over 30,000 people. He spent long sessions talking with his patients about when they had started to over-eat – and what events had taken place at that point in their lives, at the apparent trigger-moment.

Dr Felliti noticed something striking. His patients seemed to have been sexually abused at a higher rate than the general population. Far higher. One woman explained that she gained 105 pounds after being raped. “Overweight is overlooked,” she said, “and that’s the way I need to be.”

Intrigued, Dr Felitti launched a major and detailed study to find out what role – if any – traumatic childhood events played in obesity. It became known as the Adverse Childhood Experiences (ACE) Survey. They questioned 17,000 people in San Diego, mostly middle class and professional, to find out if they had gone through any of ten traumatic experiences that can happen to a child – from neglect to violence to rape. They then followed them to see if they suffered any other problems later in life. At the same time as they looked to see if there was any correlation with obesity, they also included other factors – like drug addiction.

What they discovered seemed, at first, to be an error.

“A person who experienced any six or more of the categories” of childhood trauma, Dr Felitti tells me, “was 4600 percent more likely to become an IV [injecting] drug user later in life than a person who experienced none of them.” (2) He adds: “I remember the epidemologists at the CDC told me those were numbers a magnitude of which they see once in a career. You read the latest cancer scare of the week in the newspaper and something causes an increase of 30 percent in breast or prostate cancer and everybody goes nuts – and here, we’re talking 4600 percent.”

The published research showed that for every category of trauma that happens to a child, they are two to four times more like to grow up to be an addict – and multiple traumas produced a massive risk. The correlation for addiction was startling. Nearly two-thirds of injecting drug use, they found, is the result of early childhood trauma. (3)

But why would this be? Further research by the British psychoanalyst Dr Sue Gerhardt advances an explanation. (4) When you were a baby, what happened when you were upset? If your mother soothed and reassured you, in time, you will have learned to soothe and reassure yourself. If, however, your mother responded to your pain by being hostile or angry or distressed – as chaotic addicts like Whitney Houston often do – you will not have learned to regulate your own feelings. You would then be much more likely to need to seek external soothing – and nothing stuns internal grief quite like chemicals, for a while.

Just as Dr Felitti’s obese patients tried to protect themselves from predatory sexual attention with layers of fat, his drug-addicted patients were often trying to protect themselves from the childhood storms in their own heads – by numbing themselves with chemicals. His obese patient didn’t feel so afraid of sexual assault if she had rendered herself conventionally ‘unattractive.’ His addicted patients didn’t feel their own agony so keenly if they were drugged.

We know that Bobbi Kristina Brown, as a little girl, went through many of the traumas that were proven to massively increase addiction – her father violently attacking her mother, parental addiction, neglect. Survivors of this kind of childhood find it harder to trust people – so they are more likely to become isolated,another major driver of addiction. In another tragic twist, kids of addicts often think turning to the drug will bring them closer to their addicted parents. In my book I tell the story of Chino Hardin, a transsexual former crack dealer in Brownsville, Brooklyn who became my friend. His mother, Deborah, had a crack addiction, and died when Chino was twelve. He started using crack not long after. “I wanted to know,” he told me, “what she chose over me.”

Today, we have a criminal justice system that takes people who are addicted because they endured trauma, and we traumatize them more. We routinely put them in prison cells with no support, and where rape is a running punch-line in the popular culture. (There’s even a current major Hollywood film – ‘Get Hard’ – based on the hilarity of this premise.) Dr Gabor Mate, one of the leading experts on this question, told me: “If I had to design a system that was intended to keep people addicted, I’d design exactly the system that we have right now.”

Dr Mate – after years of treating patients who became addicts after hellish abuse – has outlined an alternative. Imagine if we had taken the $1 trillion that has been spent so far on the failed drug war, and had spent it on the collapsing services designed to protect abused children instead. Every year there are 686,000 kids who have been identified as abused or neglected in the US – and the services for them are appalling. We are setting up a generation of new addicts – and then we will squander more money punishing them. If we spent the drug war money on turning this around, there would, this evidence suggests, be a genuine and substantial fall in addiction.

But the biggest change this evidence should trigger isn’t political – it is personal. In our everyday lives, we need to think about the addicts we work alongside, live alongside, and love. “When people are having problems,” Dr Robert Anda, another author of the ACE study, tells me, “it’s time to stop asking what’s wrong with them, and start asking what happened to them.”

When we look at addicts, if we are honest – and I feel it too, even though I have loved many addicts in my life – it’s hard to keep out voices of moral judgement. We look at somebody who is chronically using alcohol or drugs, and we say with a shake of the head: “Well, I wouldn’t do that.” By the end of my journey, I had realized that makes as much sense as looking at somebody who has had their legs amputated after a car crash and saying: “Cutting off your legs is weird. I would never do that.” Addicts have been in car crashes of the soul.

This also means addicts have to think about themselves differently.

When I read Bobbi Kristina Brown’s cries for help, what I hear most is shame. She seems to believe that she is a bad and disgusting person who doesn’t deserve love. That is what our culture communicates to addicts every day. I wish I could have told her – you’re not the one who should be ashamed. It’s the rest of us – because we failed to protect you as a kid, and because we treated you as a criminal when you tried to deal with the agony that resulted. Bobbi, you were no worse than anyone else. You were only more wounded.

1 These studies are known as the the BRFSS (Behavioral Risk Factor Surveillance System) done in every US state, every year.  The majority of states have integrated the ACE work into them.

4 ‘Why Love Matters’, by Sue Gephart, publ by Routledge.

Johann Hari’s New York Times best-selling book ‘Chasing The Scream: The First and Last Days of the War on Drugs’ is published by Bloomsbury as a hardback, ebook and audiobook. To find out where to buy it, to take a quiz to see how much you know about addiction, and to watch Johann discussing the book, click here.