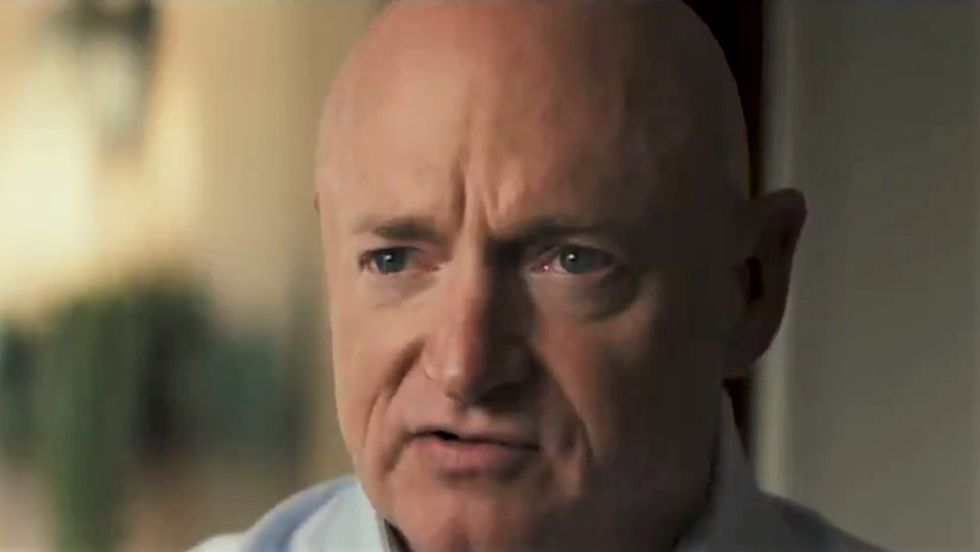 Mark Kelly, a retired astronaut and Navy Captain who is the husband of Rep. Gabby Giffords (D-AZ) announced on Tuesday that he's running for the Senate in his home state of Arizona.

If he wins the Democratic nomination for Senate, Kelly will face off against incumbent Sen. Martha McSally, who was appointed to the late John McCain's old Senate seat after being defeated by Sen. Kyrsten Sinema (D-AZ) during the 2018 midterm elections.

Watch Kelly's opening campaign video -- which talks about his life story, his relationship with his wife and his policy views -- below.

New: Mark Kelly, retired astronaut and the husband of Gabby Giffords, has just announced that he is running for Sen… https://t.co/ymWURzG4JT
— Kyle Griffin (@Kyle Griffin) 1549976405.0