WATCH: Congressman urges Whitaker to investigate DOJ officials to ensure their ‘loyalties’ are to the president 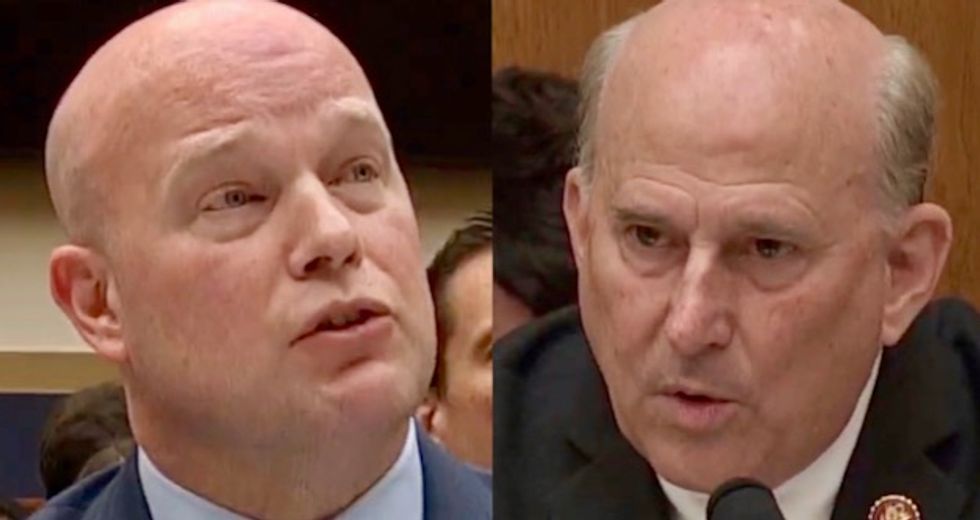 'Look to Where Their Loyalties Are'

All federal officials take an oath to be loyal to the U.S. Constitution, not to any person, including the President. The relevant passage of the oath is: "I will support and defend the Constitution of the United States against all enemies, foreign and domestic; that I will bear true faith and allegiance to the same."

That's not what the Congressman from Texas was asking.

"I would hope that wisdom in you as Attorney General," Congressman Gohmert told Whitaker at the Judiciary Committee hearing, "would be to look at the backgrounds, look at the people who are political hacks, and figure out, 'Oh, they're giving me advice on this? This is not for my well-being, this is to hurt the President of the United States.'"

He then urged the Acting AG to ensure career DOJ officials are loyal to the President and the Attorney General.

GOP CONGRESSMAN: LET’S PUT GAY AND STRAIGHT COUPLES ‘ON AN ISLAND AND SEE WHICH NATURE FAVORS’