In the early 1970s, after suffering a heart attack, a bed-ridden Marshall Applewhite had a revelation. The army vet and mystic decided that he and his nurse, the Pynchonianly named Bonnie Nettles, were “The Two,” a biblically prophesied pair of divine messengers from the book of Revelations.

Applewhite’s apocalyptic delusions matured over the next two decades, and he attracted a mass of followers. Dubbing themselves Heaven’s Gate, he convinced them their bodies were temporary vessels for their journey to the “Next Level.” Ascension, though, required all followers to shed their human-like characteristics. So, with the exception of a fresh pair of Nikes, they relinquished all relationships, possessions and prior sleep patterns.

Were they to follow his commands, Applewhite ensured his followers they’d be brought to a higher evolutionary level. Once there, they had to travel upward by committing suicide, which would send them to a spacecraft trailing the passing Hale-Bopp comet. To keep them under his control, Applewhite forced members to adhere to a four-hour polyphasic wake/sleep cycle for months at a time.

During Easter week of 1997, the sleep-deprived followers literally drank Applewhite’s version of the cultist’s Kool-Aid of phenobarbital, apple sauce and vodka. And, just to be certain they didn’t miss their intergalactic lift, they also asphyxiated themselves with plastic bags. 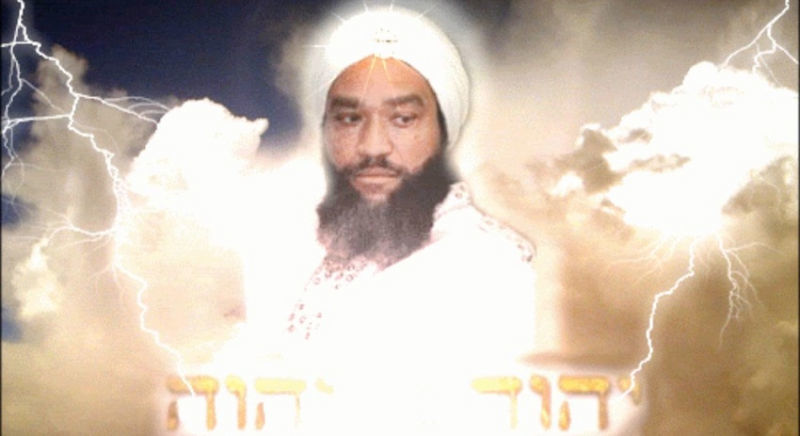 Love, it turns out, is a relative term in the case of Hulon Mitchell Jr., otherwise known by his tautological cult moniker, Yahweh Ben Yahweh (“God, Son of God”). In the 1970s, Yahweh built up his influence through intimidation, fear and hate, convincing thousands that his was a righteous mission to fight white supremacy. Conveniently, it was also a lucrative business scheme; at the height of Yahweh’s power in 1984, he held $8 million in property (so-called “Temples of Love”) in 22 states. Along the way, he murdered 14 people.

A la Marshall Applewhite, Yahweh employed imaginative theology, preaching “brotherly love” to justify controlling every aspect of his members’ lives. Those who disagreed with his spiritual teachings were made to stand at meetings while Yahweh showered them with insults. In certain cases, Yahweh ordered followers to beat up their fellow members.

To maintain control, Yahweh implemented a rigorous work schedule to help drive the Temple’s financial efforts, and he cemented this influence by personally regulating the food, medical care and (naturally) limiting the hours of sleep for his members each night.

When tired, delusional humans off themselves in a desert, it’s tragic (albeit, a bit Darwinian). It’s a very different story when they get others involved.

Such was the case on the morning of March 20, 1995, when the members of Aum Shinri Kyo (“Supreme Truth”) took to the Tokyo subway during rush hour, releasing deadly sarin nerve gas that killed 18 and injured thousands. The exact reasoning behind the attack remains unclear to this day, although it likely had something to do with the group leader, Shoko Asahara’s belief that the end times were upon us.

To mark the 20th anniversary of the attack, The Japan Times spoke with three former members of the Aum Shinri Kyo. They asked, how did Asahara indoctrinate and control his members? According to the three survivors, they ate just one meal a day and slept only “a couple hours each night.” Additionally, they were often woken at odd hours to put up propagandist posters for the group. 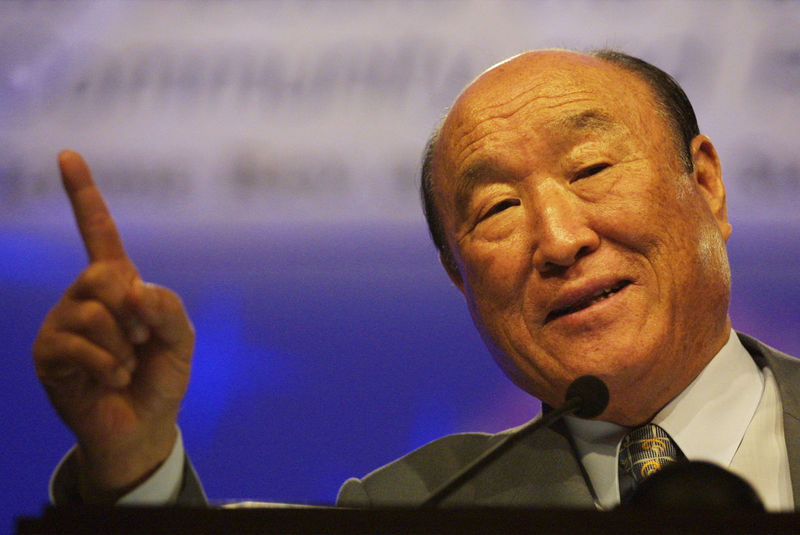 In 1954, the self-proclaimed “christ”-like Reverend Sun Myung Moon founded the Unification Church in South Korea. Soon, they became known as The Moonies, arguably the world’s most famous cult. Despite espousing good-old-run-of-the-mill Christian values, Reverend Moon was eventually busted for embezzlement and tax evasion.

Writing for The Guardian in 2012, former member Stephen Hassan detailed this indoctrination into the church and outlined how, through fast talking and a severe lack of sleep, Moon convinced him to fork over all of his money. It started in the early 1970s when, at the age of 19, Hassan was approached by “three women, dressed like students.” They told Hassan they were part of a student movement and, thinking he had a shot with them (he later learned they’d all pledged celibacy), he took the bait. Several weeks later, he dropped out of school, donated his money to the church and was convinced that his parents were Satan.

According to Hassan, here’s how life in the cult played out:

“I was with the Moonies for two-and-a-half years. I worked 21 hours a day, seven days a week – in prayer for between one and three hours. Then I would spend the rest of the day doing PR or lectures for the group, recruiting and fundraising. Everyone on my team was told they had to raise a minimum of $100 a day, otherwise they wouldn’t be allowed to sleep, and as a good leader, if they couldn’t sleep, then I couldn’t either. When I crashed a van into the back of a tractor trailer, I had gone three days without sleep.” 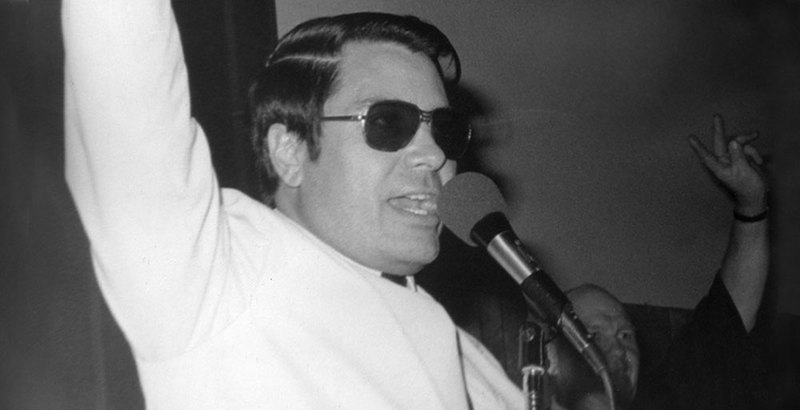 If ever there was a cult leader who truly understood how to lord over exhausted followers, it was Jim Jones. But before the control, came the spiel and man. And, boy, did Jones have a good pitch. “The end is nigh —  let’s all move as one big family to remote, exotic South America.” He promised a socialist utopia, away from the greed and corruption of capitalism. This vision, sprinkled with the usual heady mix of religious fervour, was enough to convince nearly 1,000 American citizens to cut ties and haul ass to the jungles of Guyana. There, they formed The People’s Temple, otherwise known as Jonestown.

Jones tasked residents with ploughing fields six days a week from eight a.m. to six p.m., and then attending “agricultural meetings,” which often lasted until two a.m. Through this all, the members of Jonestown grew exhausted; their free will steadily fell away.

Throughout it all, Jones preached that sleep “proved that your head was in the wrong place, which made you more susceptible to committing treason.”

One former member and defector, Teri O’Shea, recalled, “One time Jim said to me, ‘Let’s keep them poor and tired, because if they’re poor they can’t escape and if they’re tired they can’t make plans.”

On November 18, 1978, after murdering an investigating committee that included United States Congressman Leo Ryan, Jones convinced more than 900 people to commit “revolutionary suicide.” Their method? The infamous (and now-metaphorical) Kool-Aid laced with cyanide.

This story, by Robin Scher, originally appeared at Van Winkle’s.

Fox News anchor Jeanine Pirro on Saturday complained about being judged by the content of her character.

"People I've had at my wedding don't talk -- my children's weddings actually, they don't talk to me anymore," she explained.

"It's not usually the right or the left, I mean, the intolerance is on the left," she argued.

The longtime Trump friend was harshly criticized for her complaints. Here's some of what people were saying:

President Donald Trump has been disappointed in right-wing media for not giving him more credit for pardoning longtime advisor Roger Stone.

"A senior administration official said there were serious divisions among Trump’s aides and allies over Stone’s case, with some cautioning that keeping him out of prison could be politically risky. Among those opposed was Attorney General William P. Barr, who called the prosecution 'righteous' in an interview Wednesday with ABC News, the official said, adding that those pushing Trump to show loyalty to Stone included Rep. Matt Gaetz (R-Fla.), who is close to the president," The Washington Post reported Saturday.

The ad, by the Lincoln Project, recounts how many top former Trump officials have been convicted of felonies.

"It's not a campaign, it's a billion-dollar criminal enterprise," the narrator begins.

"Nixon was bad, Trump is worse," the narrator declares.

"Trump is the most corrupt president in U.S. history. There's only one way to end the Trump crime spree -- throw him and his crooks out of office," the ad concludes.

Undercover in Trumplandia: How I found the limits of patriotism when I infiltrated the Tulsa MAGA rally

‘I think I made a mistake’: Patient who thought pandemic was a ‘hoax’ dies after going to ‘COVID party’

‘Fed up’ Republicans fleeing Trump as his unpopularity cripples their re-election hopes: report