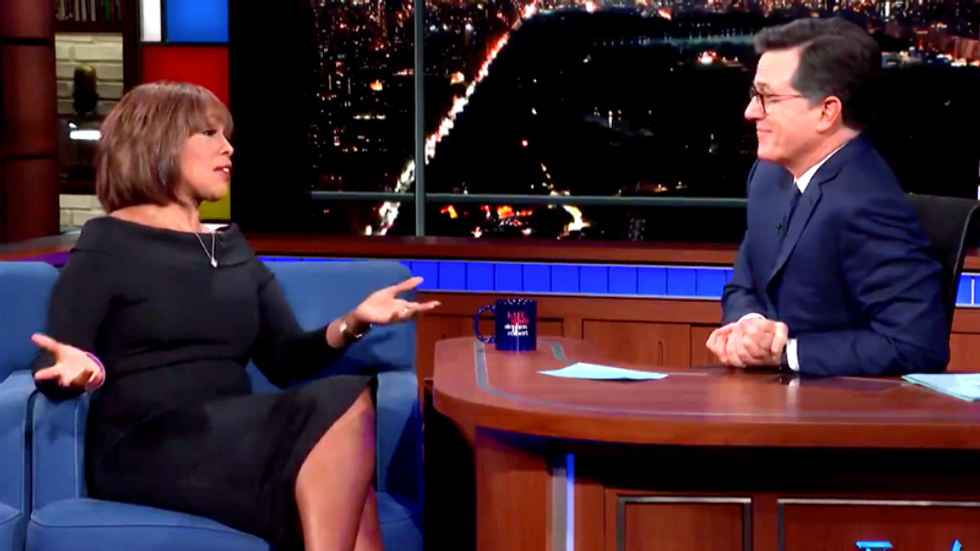 Watters was quickly fact-checked by his co-host Dana Perino during their live segment.

"He mistook you for Robin Roberts," Colbert said.

"Yes, I usually don't watch Fox," King explained before sharing how she reacted to the news.

King explained that after finding out she emailed Perino to thank her for fact-checking Watters.

King said that she wanted Perino to pass on a message to her friends at Fox News.

"Could you let the rest of your colleagues know that all black people do not look alike," she said.