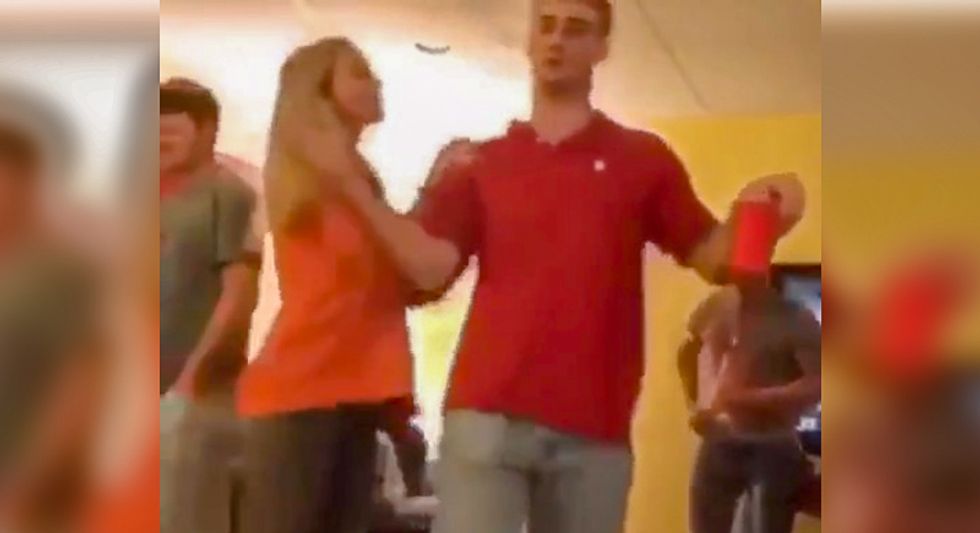 The video was posted to Twitter Sunday night by Malorie Moore.

"[S]o this is how students at @SpainPark High School in Hoover, Alabama act?" she asked. It was not immediately clear when the video was created.

"Without the Holocaust, what would the world be like?" one partier says in the video. "Jews would run the world."

"Jews are fine because they are white," a young woman announces.

"Jews would be running the world right now," the first student droned.

"You stick them in concentration camps," the first student agrees.

"No, you just have to wait until they die off," the woman advises.

The partiers went on to discuss the difference between Republicans and Democrats.

"How about we just kick out all the Democrats?" the female student says.

“We are exceptionally sad and disappointed that this would either be the attitude of some of our young people or whatever would prompt them to have such conversations," Murphy said. "It certainly speaks to the work we have before us."

Murphy also suggested that any action taken will reflect the fact that the students were not on campus when the video was made.