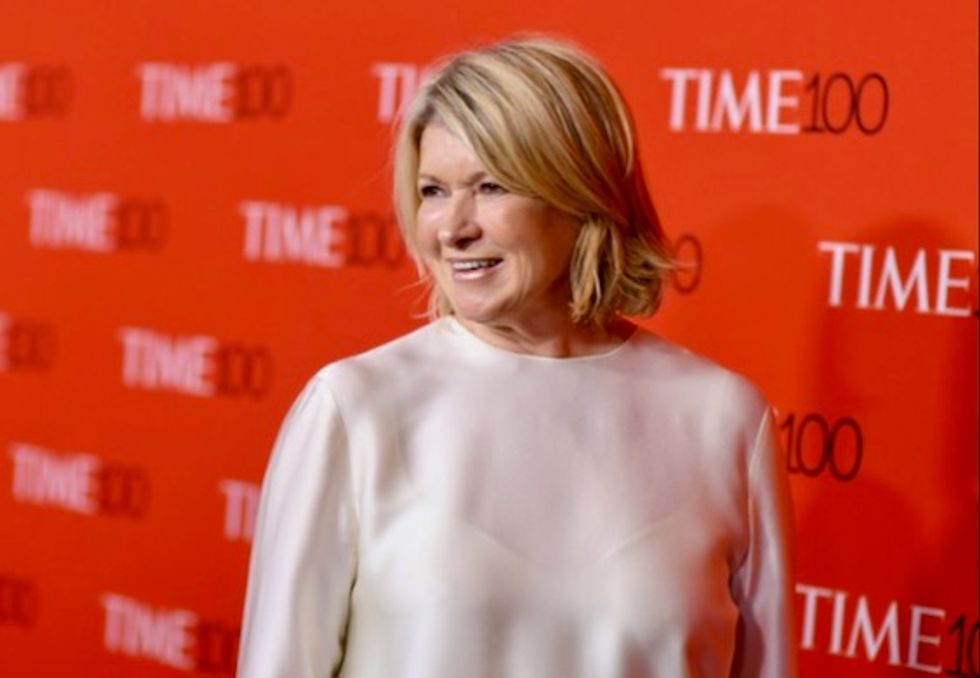 Lifestyle expert Martha Stewart said Thursday she's taking her brand to new heights -- partnering with one of the world's largest marijuana producers to develop a line of CBD products for humans and their pets.

In announcing the new collaboration, Canada's Canopy Growth Corporation chairman and co-CEO Bruce Linton hailed Stewart as "one of a kind."

"As soon as you hear the name Martha, you know exactly who we're talking about," Linton said.

"I am so excited to be able to work alongside this icon to sharpen our CBD product offerings across categories from human to animal."

CBD -- or cannabidiol, the non-psychoactive bit of the marijuana plant -- has become a much-touted silver bullet among alternative medicine seekers to treat conditions including anxiety, pain, depression and insomnia.

Some also sing its praises as an aphrodisiac, a skin disorder treatment, and aid for more serious ailments including multiple sclerosis and diabetes.

"I am delighted to establish this partnership with Canopy Growth and share with them the knowledge I have gained after years of experience in the subject of living," Stewart, 77, said in a statement.

"I'm especially looking forward to our first collaboration together, which will offer sensible products for people's beloved pets."

The homemaking guru has said in the past she is not a marijuana smoker herself, though her unlikely but close friendship with weed aficionado and rapper Snoop Dogg is well known.

The pair's Emmy-nominated variety show "Martha & Snoop's Potluck Dinner Party" includes regular references to pot, with Snoop explaining that "the king of cush and the queen of cuisine are throwing a little dinner party."

"I'm not high right now, but whoever gave us this show, they must have been," the California hip-hop legend says early on in the series.

Stewart insisted in an interview with The Hollywood Reporter that while she's "never been a prude" about marijuana, she doesn't smoke it herself -- but does "get kind of high from secondary smoke."

"The smoke is quite thick around the set," she said.