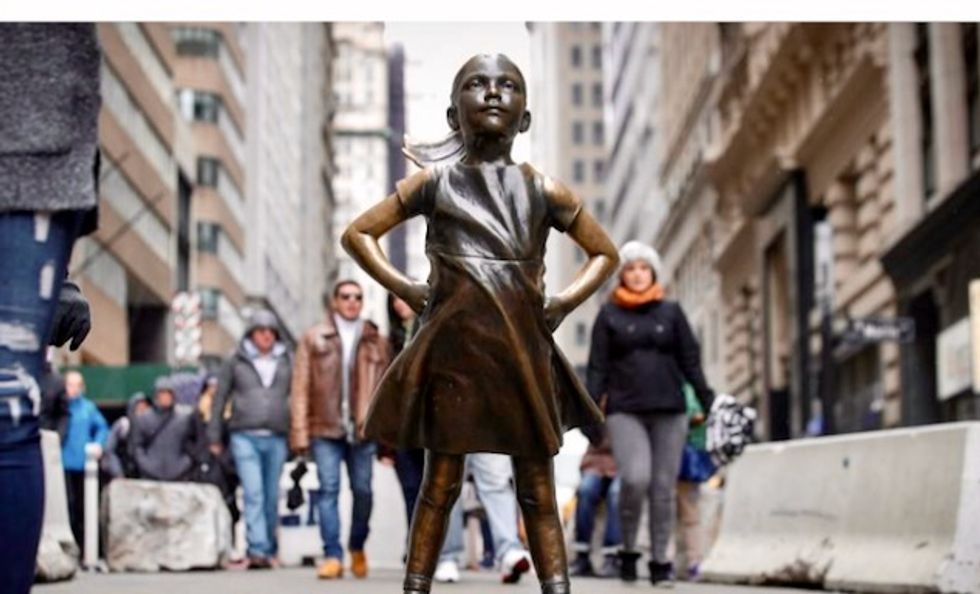 The 'Fearless Girl' statue is seen on Broadway in the Financial District of Manhattan in New York City, U.S., April 19, 2018. REUTERS/Brendan McDermid

A federal judge in Manhattan has blocked the sculptor of the “Fearless Girl” statue that promoted gender diversity on Wall Street and in other companies from selling replicas, court papers released on Thursday show.

The unit of Boston-based State Street Corp has about $2.5 trillion of assets under management.

According to court papers, Woods declined on Feb. 26 to issue a restraining order after Visbal’s lawyers told him she planned merely to discuss her creation of “Fearless Girl” at an unveiling in Melbourne, Australia.

The judge changed his mind after State Street said Visbal instead promoted two financial institutions and discussed gender diversity in that sector, violating her license agreement.

Woods' order bars Visbal from selling a "Fearless Girl" replica to a German buyer, or using online forms to sell replicas, including a smaller version for $6,650.

“Plaintiff has demonstrated a substantial likelihood of success on the merits, and ... that it will suffer irreparable harm if an injunction is not entered,” Woods wrote.

“Kristen’s goal for ‘Fearless Girl’ is to create replicas for public placement around the world, where the public can stand with the iconic artwork and be inspired by its meaning,” Wolff said in a statement.

Lawyers for State Street did not immediately respond to requests for comment.

It was removed last November for eventual installation near the New York Stock Exchange.