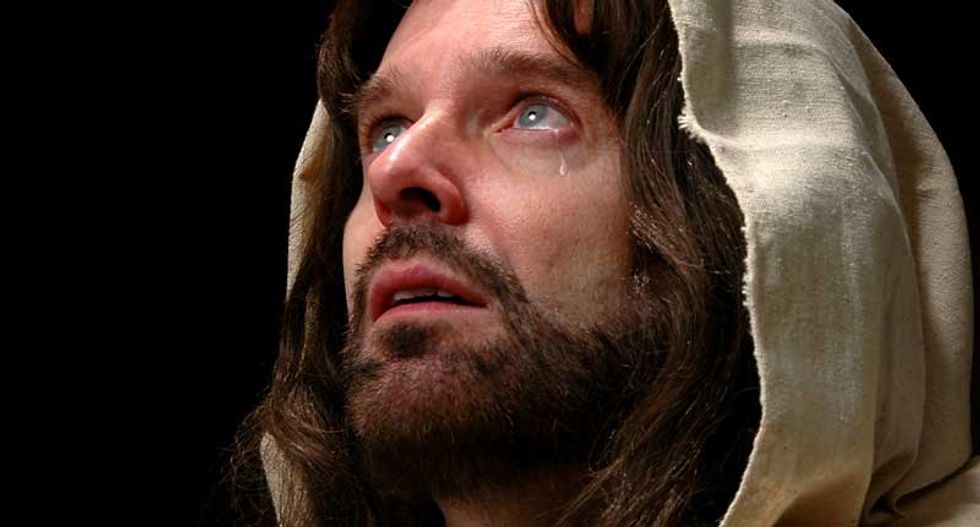 Before the European Enlightenment, virtually all New Testament experts assumed that handed-down stories about Jesus were first recorded by eye witnesses and were largely biographical. That is no longer the case.

Assuming that the Jesus stories had their beginnings in one single person rather than a composite of several—or even in mythology itself—he probably was a wandering Jewish teacher in Roman-occupied Judea who offended the authorities and was executed.  Beyond that, any knowledge about the figure at the center of the Christian religion is remarkably open to debate (and vigorously debated among relevant scholars).

Where was Jesus born? Did he actually have twelve disciples? Do we know with certainty anything he said or did?

As antiquities scholarship improves, it becomes increasingly clear that the origins of Christianity are controversial, convoluted, and not very coherent.

1. The more we know the less we know for sure. After centuries in which the gospel stories about Jesus were taken as gospel truth, the Enlightenment gave birth to a new breed of biblical historians. Most people have heard that Thomas Jefferson secretly took a pair of scissors to the Bible, keeping only the parts he thought were historical. His version of the New Testament is still available today. Jefferson’s snipping was a crude early attempt to address a problem recognized by many educated men of his time: It had become clear that any histories the Bible might contain had been garbled by myth. (One might argue that the Protestant Reformation’s rejection of the books of the Bible that they called “apocrypha,” was an even earlier, even cruder attempt to purge the Good Book of obvious mythology.)

In the two centuries that have passed since Jefferson began clipping, scores of biblical historians—including modern scholars armed with the tools of archeology, anthropology and linguistics—have tried repeatedly to identify “the historical Jesus” and have failed. The more scholars study the roots of Christianity, the more confused and uncertain our knowledge becomes. Currently, we have a plethora of contradictory versions of Jesus—an itinerant preacher, a zealot, an apocalyptic prophet, an Essene heretic, a Roman sympathizer, and many more —each with a different scholar to confidently tout theirs as the only real one. Instead of a convergent view of early Christianity and its founder, we are faced instead with a cacophony of conflicting opinions. This is precisely what happens when people faced with ambiguous and contradictory information cannot bring themselves to say, we don’t know.

This scholastic mess has been an open secret in biblical history circles for decades. Over forty years ago, professors like Robin S. Barbour and Cambridge’s Morna Hooker were complaining about the naïve assumptions underlying the criteria biblical scholars used to gauge the “authentic” elements of the Jesus stories. Today, even Christian historians complain the problem is no better; most recently Anthony Le Donne and Chris Keith in the 2012 book Jesus, Criteria, and the Demise of Authenticity.

2. The Gospels were not written by eyewitnesses. Every bit of our ostensibly biographical information for Jesus comes from just four texts – the Gospels of Matthew, Mark, Luke and John. Though most Christians assume that associates of Jesus wrote these texts, no objective biblical scholars think so. None of the four gospels claims to be written by eyewitnesses, and all were originally anonymous. Only later were they attributed to men named in the stories themselves.

While the four gospels were traditionally held to be four independent accounts, textual analysis suggests that they all actually are adaptations of the earliest gospel, Mark. Each has been edited and expanded upon, repeatedly, by unknown editors. It is worth noting that Mark features the most fallible, human, no-frills Jesus—and, more importantly, may be an allegory.

All of the gospels contain anachronisms and errors that show they were written long after the events they describe, and most likely far from the setting of their stories. Even more troubling, they don’t just have minor nitpicky contradictions; they have basic, even crucial, contradictions.

3. The Gospels are not corroborated by outside historians. Despite generations of apologists insisting Jesus is vouched for by plenty of historical sources like Tacitus or Suetonius, none of these hold up to close inspection. The most commonly-cited of these is the Testimonium Flavianum, a disputed passage in the writings of ancient historian Flavius Josephus, written around the years 93/94, generations after the presumed time of Jesus. Today historians overwhelmingly recognize this odd Jesus passage is a forgery. (For one thing, no one but the suspected forger ever quotes it – for 500 years!) But defenders of Christianity are loath to give it up, and supporters now argue it is only a partial forgery.

Either way, as New Testament scholar Bart Ehrman points out, the Testimonium Flavaniummerely repeats common Christian beliefs of the late first century, and even if it were 100% genuine would provide no evidence about where those beliefs came from. This same applies to other secular references to Jesus–they definitely attest to the existence of Christians and recount Christian beliefs at the time, but offer no independent record of a historical Jesus.

In sum, while well-established historic figures like Alexander the Great are supported by multiple lines of evidence, in the case of Jesus we have only one line of evidence: the writings of believers involved in spreading the fledgling religion.

4. Early Christian scriptures weren’t the same as ours. At the time Christianity emerged, gospels were a common religious literary genre, each promoting a different version or set of sacred stories. For example, as legends of Jesus sprang up, they began to include “infancy gospels.” As historian Robert M. Price notes, just as Superman comics spun off into stories of young Superboy in Smallville, Christians wrote stories of young Jesus in Nazareth using his divine powers to bring clay birds to life or peevishly strike his playmates dead.

Early Christians didn’t agree on which texts were sacred, and those included in our New Testament were selected to elevate one competing form of Christianity, that of the Roman Church over others. (Note that the Roman Church also proclaimed itself “catholic” meaning universal.)

Our two oldest complete New Testament collections, Codex Siniaticus and Codex Vaticanus only go back to the beginning of the fourth century. To make matters worse, their books differ from each other – and from our bibles. We have books they don’t have; they have books we don’t have, like the Shepherd of Hermas and the Gospel of Barnabas.

In addition to gospels, the New Testament includes another religious literary genre—the epistle or letter. Some of our familiar New Testament epistles like 1 Peter, 2 Peter and Jude were rejected as forgeries even in ancient times; today scholars identify almost all of the New Testament books as forgeries except for six attributed to Paul (and even his authentic letters have been re-edited).

5. Christian martyrs are not proof (if they even were real). Generations of Christian apologists have pointed to the existence of Christian martyrs as proof their religion is true, asking “Who would die for a lie?” The short answer, of course, that all too many true believers have died in the service of falsehoods they passionately believed to be true—and not just Christians. The obvious existence of Muslim jihadis has made this argument less common in recent years

But who says that the Christian stories of widespread martyrdom themselves were real? The Book of Acts records only two martyr accounts, and secular scholars doubt that the book contains much if any actual history. The remaining Christian martyr tales first appeared centuries later. Historian Candida Moss’ 2014 book The Myth of Persecution gives a revealing look at how early Christian fathers fabricated virtually the entire tradition of Christian martyrdom—a fact that was, ironically enough, largely uncovered and debunked by later Christian scholars.

Best-selling New Testament scholar Bart Ehrman believes that the biblical stories about Jesus had their kernel in the person of a single itinerant preacher, as do most New Testament scholars. Historian Richard Carrier and David Fitzgerald (co-author of this article) take an opposing position—that the original kernel was a set of ancient mythic tropes to which unsuspecting believers added historical details. Ehrman and Carrier may be on opposite sides of this debate, but both agree on one important fact: the only thing needed to explain the rise of Christianity is the belief fostered by the rival Christian preachers of the first century.

Witchcraft, bigfoot, the idea that an American president was born in Kenya, golden tablets revealed to a 19th century huckster by the Angel Moroni . . . we all know that false ideas can be sticky—that they can spread from person to person, getting elaborated along the way until they become virtually impossible to eradicate. The beginnings of Christianity may be shrouded in mystery, but the viral spread of passionately-held false ideas is becoming better understood by the year.

University of Sheffield’s Philip Davies—who believes that Christianity probably began with a single Jesus, acknowledges that the evidence is fragile and problematic. Davies argues that the only way the field of New Testament studies can maintain any academic respectability is by acknowledging the possibility that Jesus didn’t exist. He further notes this wouldn’t generate any controversy in most fields of ancient history, but that New Testament studies is not a normal case.

Brandon University’s Kurt Noll goes even further and lays out a case that the question doesn’t matter: Whether the original Jesus was real or mythological is irrelevant to the religion that was founded in his name.

That is because either way, the Christ at the heart of Christianity is a figure woven from the fabric of mythology. The stories that bear his name draw on ancient templates imbedded in the Hebrew religion and those of the surrounding region. They were handed down by word of mouth in a cultural context filled with magical beings and miracles. Demons caused epilepsy. Burnt offerings made it rain. Medical cures included mandrakes and dove blood. Angels and ghosts appeared to people in dreams. Gods and other supernatural beings abounded and not infrequently crossed over from their world to ours.

Who, in the midst of all of this, was Jesus? We may never know.

This article is the second in a series examining what we think we know about Jesus as a historical figure.

David Fitzgerald is an award-winning historical researcher and the author of Nailed: Ten Christian Myths That Show Jesus Never Existed at All and the Complete Heretic’s Guide to Western Religion series. His latest book is Jesus: Mything in Action.