Lindsey Graham lets the truth slip: ‘It’d be good for the country’ to see Trump’s tax returns before 2020 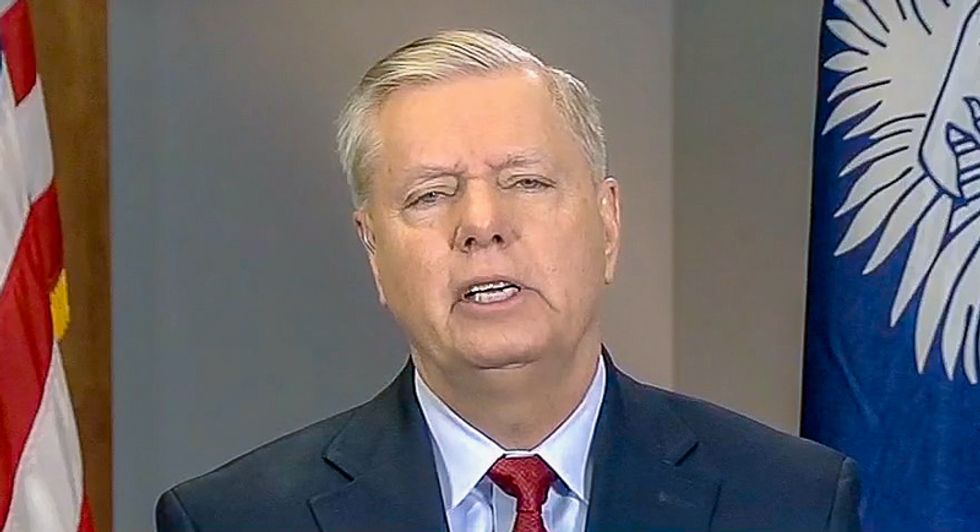 “That's just my view, it’d be good for the country for, if you're running for president in 2020, to release your tax returns," Graham said, according to Fox News producer Jason Donner.

On Wednesday, Democrats the House Ways and Means Committee used a little-known provision in the law to request six years of Trump's tax returns.