‘Public health emergency’ declared for measles outbreak in New York City: ‘It was time to take a more muscular approach’ 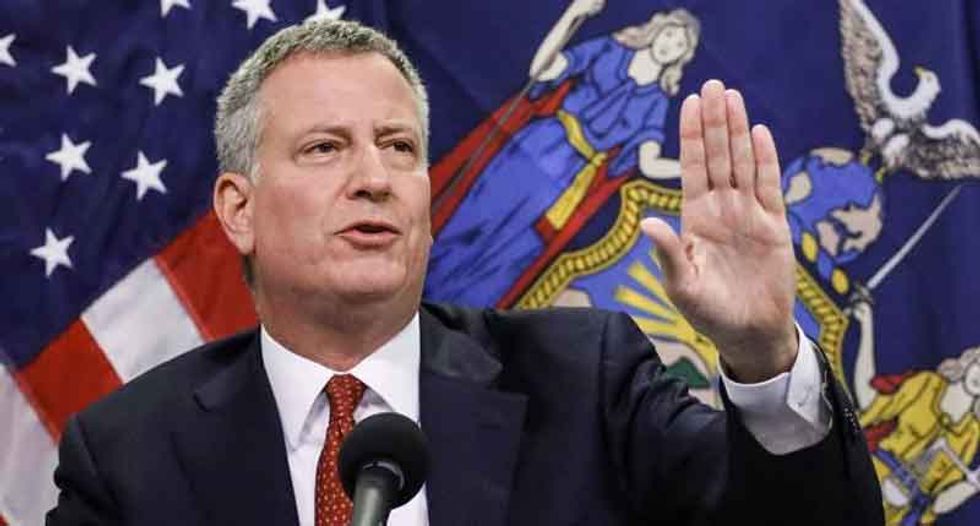 New York's mayor declared a public health emergency in parts of Brooklyn on Tuesday, ordering all residents to be vaccinated to fight a measles outbreak concentrated in the ultra-Orthodox Jewish community.

The order concerns all people living or working in four zip codes of Williamsburg, northwest Brooklyn, where some residents oppose vaccines on religious grounds -- although neither Jewish texts nor local Jewish authorities advise against vaccination.

"It was time to take a more muscular approach," de Mayor Bill de Blasio told a news conference as the emergency measures were announced.

"This can be turned around quickly," he said. "We can stop this."

Under the new rules, anyone who has not received the measles-mumps-rubella (MMR) vaccine or does not have evidence of immunity risks a fine of $1,000.

The city also warned that yeshiva religious schools and day care programs serving the local Orthodox Jewish community would face penalties and possible closure if they keep taking in students who are not vaccinated against measles, which can cause severe diarrhea, pneumonia and vision loss and can potentially be fatal.

Like all but three American states, New York requires a series of vaccinations for school-age children but has until now granted exemptions on both medical and religious grounds.

Since October, however, 285 cases of measles have been confirmed in New York City, according to the Centers for Disease Control and Prevention (CDC). None proved fatal, but 21 patients required hospitalization and five were admitted to intensive care.

"I urge everyone, especially those in affected areas, to get their MMR vaccines to protect their children, families and communities," de Blasio said in a statement.

"There's no question that vaccines are safe, effective and life-saving."

That message was echoed by Dr Herminia Palacio, deputy mayor of health and human services.

"When you make the decision not to vaccinate your child, please understand you're also making that decision for the people around your child," warned Palacio, who said her services had received reports of so-called "measles parties" held to purposely expose children to the disease.

Although measles was declared officially eliminated from the United States in 2000, a total of 465 cases have been confirmed in 19 states from January 1 to April 4, according to the CDC.

"This is the second-greatest number of cases reported in the US since measles was eliminated in 2000," it said.

The resurgence of the once-eradicated, highly-contagious disease is linked to a growing anti-vaccine movement in richer nations -- which the World Health Organization has identified as a major global health threat.

Most of the New York cases involved unvaccinated or incompletely vaccinated individuals, according to de Blasio's office.

The so-called anti-vax, or anti-vaxxer phenomenon has adherents across Western nations but is particularly high profile in the US, where it has been fueled by medically baseless claims spread on social media.

Rockland County, located near New York City, has also declared a 30-day public health emergency over a measles outbreak there that has seen 168 people contract the disease, according to the CDC.

Non-vaccinated minors in the county were banned from public places in a bid to prevent the spread of the disease, and hundreds of people have now been vaccinated, according to authorities.

Patricia Schnabel Ruppert, the health commissioner there, said that since October she has been waging an uphill fight to persuade people vaccines are safe and necessary to protect the larger community.

Among her daily battles: having to constantly repeat that the vaccine does not cause other diseases, that it does not lead to autism, and that the practice of using fetal tissue to produce the vaccine ended decades ago.