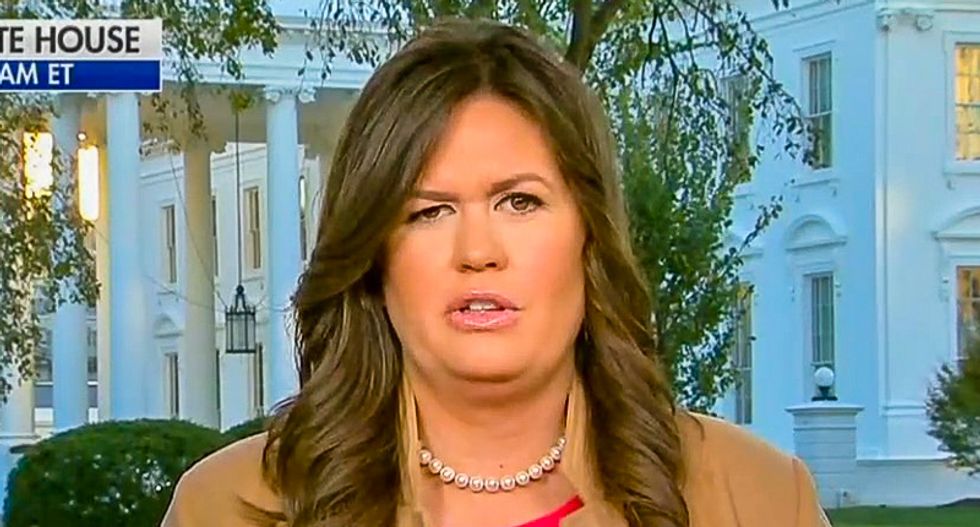 White House Press Secretary Sanders issued a warning to Democrats in Congress who are investigating reports that the White House gave security clearances to at least 25 people who did not qualify.

House Democrats have said that they will issue subpoenas to White House aide Jared Kushner and others to get to investigate the clearance process.

On Tuesday, Sanders suggested that Democrats are playing a "dangerous game" and that the investigation could come back to bite them.

Sanders also said that Democrats are "sore losers" because they have not accepted the findings of the Mueller report, which has not been released.

Sanders also said Democrats are “sore losers” and need to move on from the Mueller report (which has yet to be released)
— West Wing Reports (@West Wing Reports) 1554220457.0