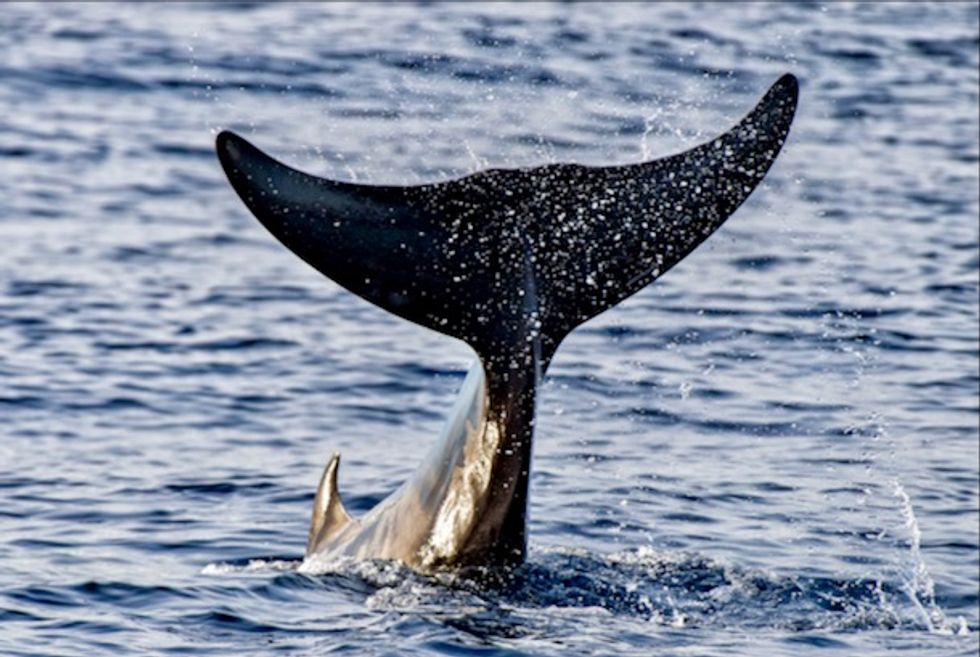 Canadian scientists on Monday listed three types of whale that swim its waters, including two of the world's largest species, as threatened.

Sei whales were classified as endangered while Fin and Sowerby's Beaked whales were found to be "of special concern" by the Committee on the Status of Endangered Wildlife in Canada (COSEWIC).

In a statement, the independent panel, whose reports form the basis of Canada's conservation efforts, blamed human activity for the predicament of the marine giants.

The cetaceans, it said, get tangled in fishing gear or are killed in collisions with an "ever increasing" number of large ships navigating Canadian waters.

Because they evolved in quieter seas, noise from ships, naval exercises and seismic exploration also "impedes their communication and survival," the panel said.

COSEWIC noted that Sowerby's Beaked whales are particularly susceptible to noise pollution as the species uses sound to navigate and hunt.

Sightings have recently increased in a marine protected area off Nova Scotia's Atlantic coast that offers whales a respite from the clamor.

The panel urged the creation of more refuges, including in international waters, to reverse the whales' decline.

"Species don't care about borders," COSEWIC chair John Reynolds said in a statement. "We need to address threats as a global community. No country can save these species on its own."

The announcement coincides with Monday's release of a UN report on biodiversity warning that as many as a million species are threatened with extinction due to mankind's destruction of the planet.