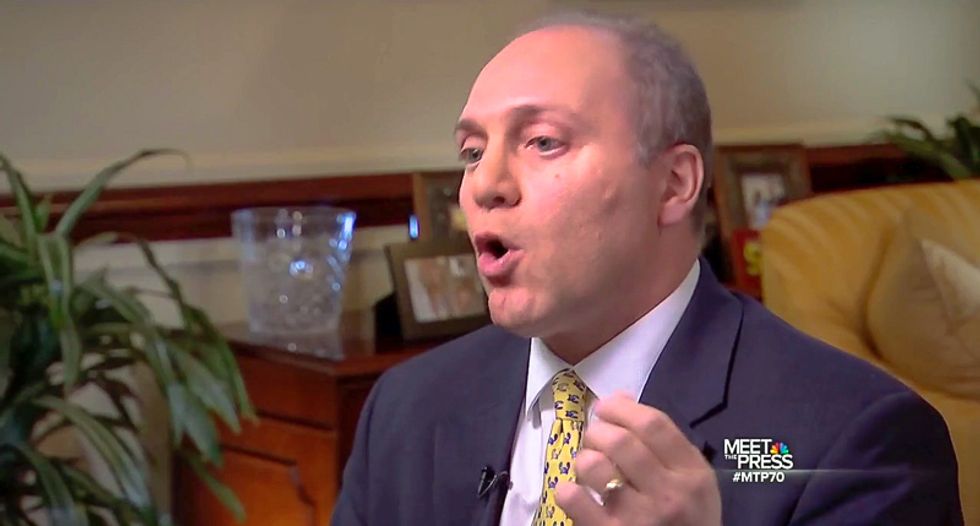 Minority Whip Steve Scalise (R-LA), the second-most powerful Republican in the U.S. House of Representatives, is lying about a subpoena issued to Donald Trump Jr. by the Republican chairman of the Senate Intelligence Committee.

"You can't make this stuff up," Scalise ironically says about the subpoena, issued by Chairman Richard Burr, Republican of North Carolina, to the President's eldest son.

"Democrats are subpoenaing @DonaldJTrumpJr based on the testimony of Michael Cohen—a man who lied to Congress multiple times. This is how low they are willing to sink to harass @realDonaldTrump & his entire family. The #MuellerReport is done. Move on!" Scalise tweeted.

@SteveScalise @DonaldJTrumpJr @realDonaldTrump Actually it appears you can just make stuff up, because a Republican… https://t.co/ZJHqWLOnGi
— Renato Mariotti (@Renato Mariotti) 1557498141.0

Scalise, after substantial mockery from Mariotti and others, went on to delete his lie.