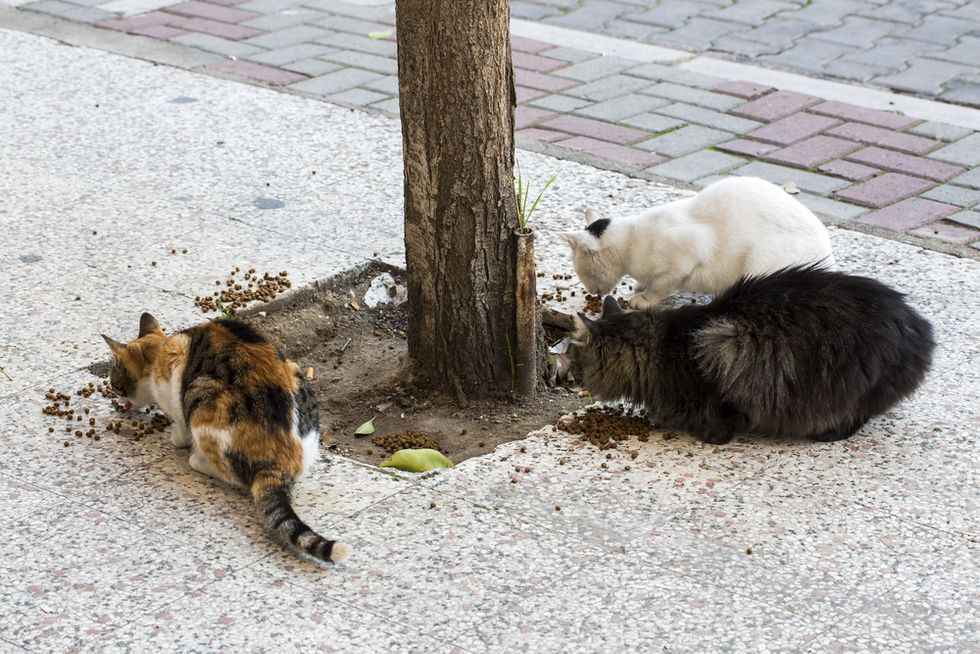 A group of stray cats (Shutterstock.com)

On Friday, Fox 2 News reported that a man in St. Charles County, Missouri, faces two counts of animal abuse charges after he purchased cats off Craigslist and tortured them to death.

Prosecutors say that more than a dozen dead cats and kittens were found in the area of Wild Deer Lane. 20-year-old Kaine Louzader allegedly stomped the cats heads, strangled them, and then chopped off their heads and limbs, according to court documents.

He initially told police that he sustained the scratches on his body from a female patient at a local hospital where he works, but later admitted they came from cats struggling to escape.