WATCH: Brazenly racist kids get an epic scolding after they're caught red-handed 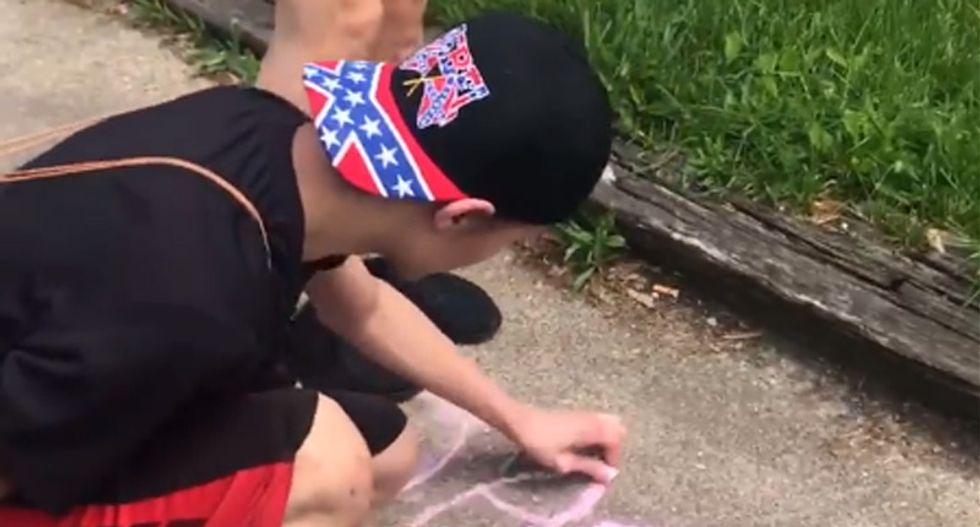 The owner of a popular gas station in Ohio recently confronted three teenagers who had scrawled a racial slur on a sidewalk near a school.

Rocky's owner Shaun Jaber of Barberton recorded video of the confrontation and posted it to Facebook, where it quickly went viral.

“This is not Barberton, Barberton is not like that, so when I saw that I had to stop and make sure they would take care of it right away,” Jaber told local news outlet 19 News.

WKYC3 reports that the three juveniles are Barberton Middle School students, and the district plans to address the incident.

"They’re doing a great job in the schools, it’s not what the schools are teaching them, it’s definitely coming from home," Jaber said.

It's not the first time the Barberton community has grappled with racism. In 2017, a black man's SUV was covered in racial slurs.