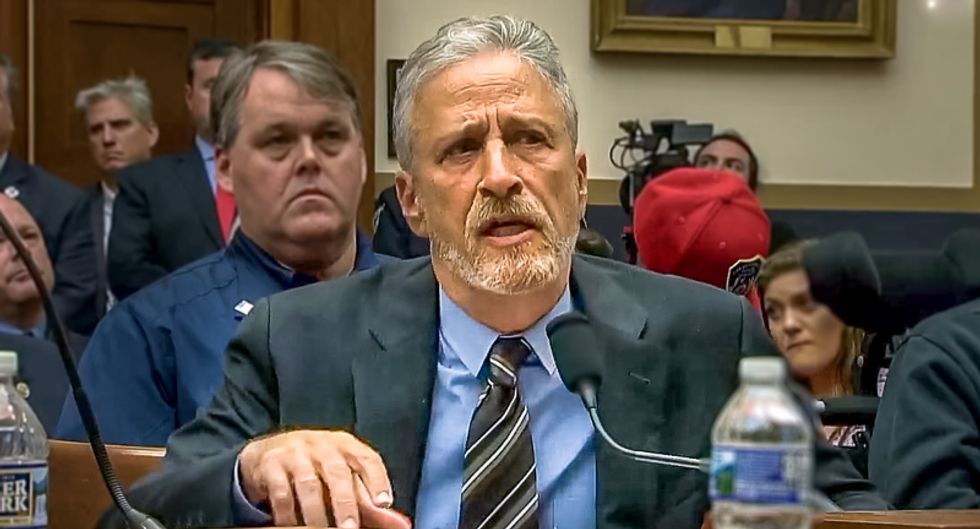 "Pardon me if I'm not impressed in any way by Rand Paul's fiscal responsibility virtue signaling," said Stewart to anchor Bret Baier, who appeared on the show with first responder and activist John Feal.

He added that Paul's complaint, that the bill was unfunded, rings hollow given that he "added hundreds of billions of dollars to our deficit" with the GOP tax cuts for billionaires. He castigated Paul for trying to "balance the budget on the backs of the 9/11 first responder community."

"Bret, this is about what kind of society we have," said Stewart, who recently gave an impassioned speech before Congress urging immediate passage of the bill and telling them that they should be "ashamed" of themselves. "At some point, we have to stand up for the people who have always stood up for us, and at this moment in time maybe cannot stand up for themselves due to their illnesses and their injuries. And what Rand Paul did today on the floor of the Senate was outrageous."

"[Paul] is a guy who put us in hundreds of billions of dollars in debt,” said Stewart. "And now he's going to tell us that a billion dollars a year over 10 years is just too much for us to handle? You know, there are some things that they have no trouble putting on the credit card, but somehow when it comes to the 9/11 first responder community — the cops, the firefighters, the construction workers, the volunteers, the survivors — all of a sudden we've got to go through this."

9/11 responders like Feal, Stewart said, shouldn't have to "drag themselves back to Washington, put their hats in their hands and beg for something that this country should have done 14 years ago ... It's an abomination."