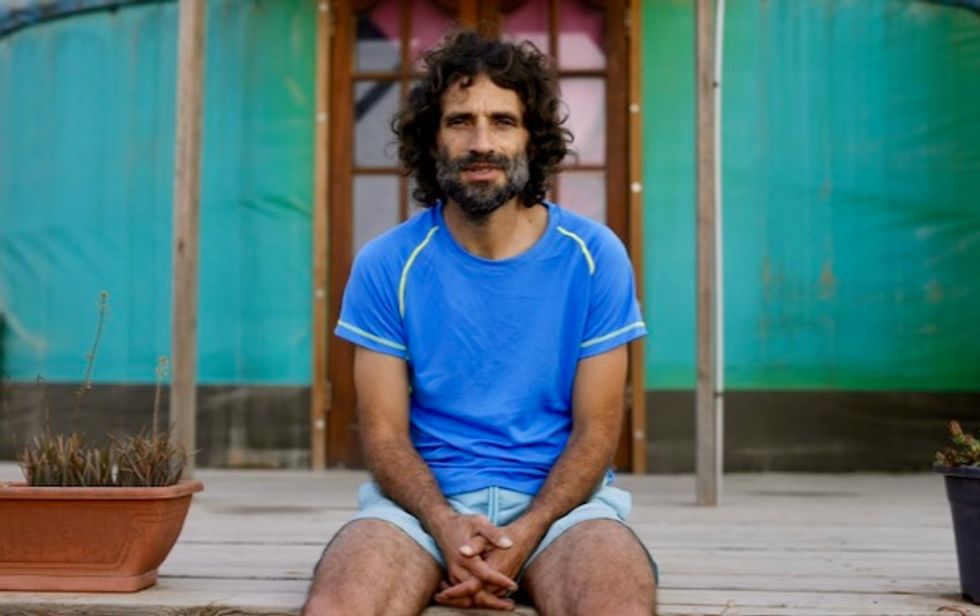 Nachum Pachenick says MDMA therapy made him a calmer person and "brought me home, to myself" AFP / MENAHEM KAHANA

Nachum Pachenick says he lived a nightmare for nearly two decades after being sexually abused and developing post-traumatic stress disorder -- until MDMA therapy came to his rescue.

"It's a life full of stress, pressure, nerves, anxiety, fatigue," the 46-year-old Israeli said from his home in Sde Boaz, a wildcat settlement in the occupied West Bank south of Jerusalem.

Pachenick said relief came in 2014, when he took part in a clinical trial that included the use of MDMA, the active component in the drug known to nightclubbers as ecstasy.

The treatment's success on him and dozens of others has led Israel's health ministry to approve its own pilot for MDMA-assisted therapy for people with treatment-resistant PTSD.

Encouraged by trials so far, therapists involved hold out hope for its future treatment possibilities, though there have also been warnings that further investigation is needed.

Last year, a research team reported in the journal The Lancet Psychiatry that a trial in the United States showed positive results, but stressed such treatment should only be done hand-in-hand with psychotherapy under professional supervision.

During that trial, 85 "adverse events" -- including anxiety, headaches, fatigue and insomnia -- were reported by 20 participants. It was not clear however whether the MDMA or something else was responsible.

AFP/File / Linh PHAM MDMA is known to nightclubbers as ecstasy

Pachenick had been part of the second phase of three trials conducted in a number of countries under the auspices of the Multidisciplinary Association for Psychedelic Studies.

MAPS hopes to receive approval from the US Food and Drug Administration for the process by 2021.

The results of the trial's first two phases were "extraordinary", said Dr Keren Tzarfaty, a psychologist in charge of training therapists for MAPS in Israel.

"When we look at these people a year after the end of their treatment, we see that 68 percent of the people who received MDMA-combined therapy don't have (PTSD) anymore or are not defined as having PTSD," she said.

Recovery rates are especially impressive when taking into account the fact that "the people who reach us have tried everything", Tzarfaty said from her spacious clinic in the Israeli town of Hod Hasharon.

"Their trauma is resistant to medication, to psychotherapy; they come to us as a last resort."

The third and final phase of the trials began in the second half of 2019, and demand far exceeded the mere 14 spots allotted for Israeli participants.

As a result, the Israeli medical establishment has decided to operate its own pilot program and allow dozens more to receive the treatment, which is done in a controlled setting.

Tzarfaty has facilitated the training of 30 Israeli therapists to work with MDMA.

PTSD is triggered by experiencing an event so traumatic it cannot be fully processed, leaving parts of the brain in a state of hyperarousal and harming its elasticity.

What MDMA has been found to do is "remove all the defenses, but also create lots of compassion to others and oneself", Ben Gershon said.

The drug can afford the joy and empathy those suffering from PTSD need to begin processing their trauma in the therapy sessions, Tzarfaty said.

The treatment includes 12-15 therapy sessions, all attended by both a male and female mental health professional.

Two or three of the sessions are under the influence of MDMA, administered in the form of a small pill.

While the PTSD of most Israelis taking part in the trial was caused by sexual assault, the country has also fought a series of conflicts, resulting in relatively high rates of the disorder, Ben Gershon said.

Tzarfaty said because of that, she believed the government had a moral duty to do what it could to help those suffering from it.

The current trials with MDMA, a substance created in a laboratory in 1912, are part of the "renaissance" in the research of psychedelic substances and their application in psychiatry over the past decade, Tzarfaty said.

Pachenick said the effects of the treatment on him were dramatic.

"The process put me back on track, but in a more profound way brought me home, to myself," he said.

"I'm a much calmer person today. I have a family that's very dear to me -- all these things were very unstable beforehand."